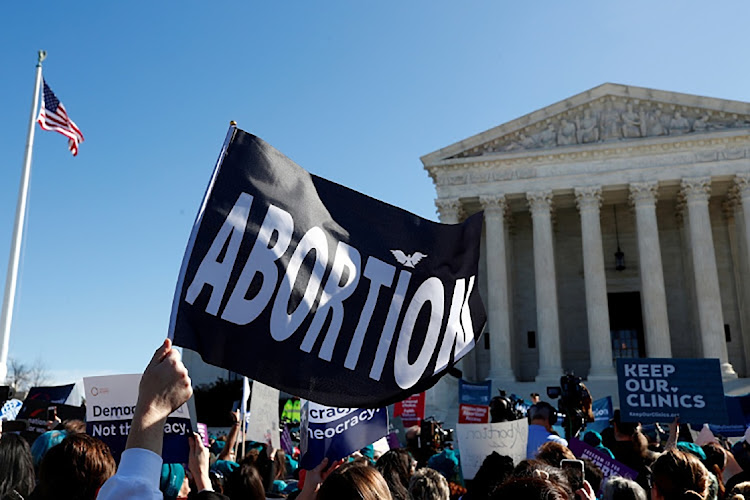 Republican lawmakers around the country have introduced bills mirroring a 15-week abortion ban enacted by Mississippi in 2018 and now under review by the Supreme Court on appeal, after lower courts blocked the measure as unconstitutional.
Image: REUTERS/Tom Brenner/File Photo

Florida's House of Representatives passed a bill to ban abortions after 15 weeks of pregnancy late on Wednesday, a measure several Republican-led states are pushing as the US Supreme Court weighs the constitutionality of such limits.

The approval on a party-line 78-39 vote moments before midnight sent consideration of the legislation to the state Senate, which is expected to pass the measure in the near future. Florida Governor Ron DeSantis, a Republican, has likewise signalled his support for the bill.

Enactment in the Tallahassee statehouse would significantly reduce access to late-term abortions for women across the U.S. Southeast, many of whom travel hundreds of miles to end pregnancies in Florida because of stricter abortion laws in surrounding states.

Republican lawmakers around the country have introduced bills mirroring a 15-week abortion ban enacted by Mississippi in 2018 and now under review by the Supreme Court on appeal, after lower courts blocked the measure as unconstitutional. Arizona's Senate and West Virginia's House passed similar 15-week abortion bans on Tuesday.

The Supreme Court has indicated its willingness to allow Mississippi's law to stand, even though it conflicts with the landmark 1973 Roe v. Wade decision establishing a woman's right to end her pregnancy before a foetus is viable, typically around 24 weeks. Besides seeking reinstatement of its abortion law, the state of Mississippi has asked the high court to overturn Roe v. Wade altogether.

Florida's measure makes exceptions to the 15-week rule only in cases when the mother is at risk of death or “irreversible physical impairment,” or if the foetus has a fatal abnormality. No exceptions for rape or incest are included.

Final action on the measure followed several hours of passionate debate between opponents and supporters of the bill.

Representative Robin Bartelman, a Democrat and self-described “Catholic for choice,” said the bill inserts the will of legislators into the most private of healthcare decisions, adding: “I feel as a woman it is my right to make choices about my body.”

Republican David Borrero countered that Roe v. Wade was a fundamentally flawed ruling that should be overturned because it “failed to recognise the humanity and the personhood of the unborn.”

The state currently permits abortions up to 24 weeks without a mandatory waiting period, meaning a woman can terminate her pregnancy the day she arrives at a clinic.

A 2017 survey by the Guttmacher Institute, an abortion rights advocacy research group, counted 65 abortion-providing sites in Florida that year, more than triple the number of any other state in the South.

“So a 15-week abortion ban would have a very big affect on access to care for Floridians and those in the South,” Elizabeth Nash, a Guttmacher state policy expert, told Reuters.

Anti-abortion legislators hope the 15-week bans would withstand legal challenges as Mississippi's case is pending. The Supreme Court's ruling in that case is expected this spring.

Why I left my newborn baby for dead: young mother 'lost her mind' after rape

"I never wanted a baby. I was focused on helping my mom because she was having it tough," a woman from Mpumalanga told TimesLIVE.
News
7 months ago

IN-DEPTH | What contraceptives are available in SA and which are most popular?

There are many tools available to prevent pregnancy, including pills, intrauterine devices (IUDs), subdermal (under the skin) implants, injections, ...
News
7 months ago

Conservative US Supreme Court justices on Wednesday indicated support for upholding a restrictive Mississippi abortion law in a ruling that would ...
News
8 months ago