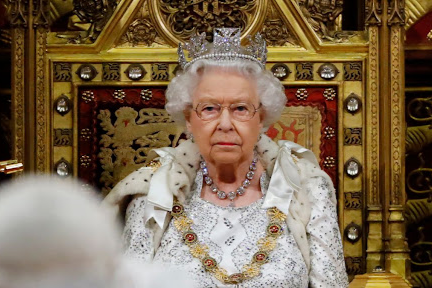 Queen Elizabeth II, the UK’s 95-year-old monarch, has tested positive for Covid-19 and has mild symptoms, her office at Buckingham Palace said.

The queen is experiencing “cold-like” effects but expects to continue “light duties” at Windsor Castle over the coming week, the palace said in a statement. She has received all her vaccinations.

“She will continue to receive medical attention and will follow all the appropriate guidelines,” according to the statement.

The monarch attended in-person audiences at the castle last week, her first major public engagement for more than three months, but complained to one attendee of suffering from stiffness and was photographed holding a walking stick.

Concerns about the Queen contracting Covid-19 heightened this month after Prince Charles, her son and heir, tested positive after having had contact with the monarch.

The revelation comes weeks after the UK’s longest-serving monarch completed 70 years on the throne. The country is due to hold nationwide celebrations in June to mark the Platinum Jubilee.

Queen Elizabeth has been mostly resting since mid-October after canceling a run of engagements and spending a night in hospital undergoing preliminary tests.

The announcement also came the day before UK Prime Minister Boris Johnson is due to lift remaining Covid-19 restrictions for England. Johnson is set to announce to parliament Monday that people testing positive for the coronavirus will no longer have to self-isolate, and the government will also wind down its free testing programme.

The UK has had more than 161,000 Covid-19 deaths, the second-highest fatality count in Europe after Russia. Mired by domestic scandals and the threat of war in Ukraine, Johnson is keen to present some good news to a public weary of restrictions.

He added that the U.K. cannot continue to spend £2bn (R41.10bn) a month on testing for the virus.

Beijing doused its Olympic flame on Sunday night, closing a Games that will be remembered for the extremes of its anti-Covid-19 measures and outrage ...
Sport
4 months ago

This year’s Comrades Marathon, back after a two-year Covid-19 hiatus, is not only set to have fewer runners but the entry fee has doubled.
News
4 months ago

The National Institute for Communicable Diseases (NICD) has reported 2,800 new Covid-19 cases in the past 24 hours.
News
4 months ago

The World Health Organisation on Friday announced the first six African countries to be part of the "hub and spoke" approach to empowering countries ...
News
4 months ago