The country’s second largest city, Kharkiv, was hit by heavy shelling on Tuesday 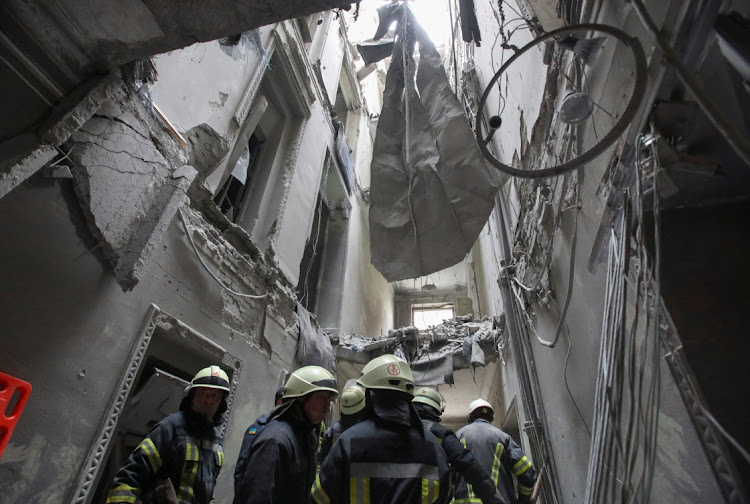 Rescuers remove debris in the regional administration building, which city officials said was hit by a missile attack, in central Kharkiv on March 1 2022.
Image: REUTERS/VYACHESLAV MADIYEVSKYY

Russian attacks on the Ukrainian city of Kharkiv intensified on Tuesday, Ukraine President Volodymyr Zelenskyy said in an impassioned plea to the European Parliament.

“We are fighting for our land and our freedom. Despite the fact that all large cities of our country are blocked, nobody is going to break us,” Zelenskyy said in a rousing speech which earned him a standing ovation.

A large military convoy was seen travelling from Russia to Ukraine on Tuesday, closing in on the capital Kyiv.

One Reuters video noted there was “blood and bodies in the street” in Kharkiv after intense shelling in the city.

The actor, 61, eventually “made it out of Ukraine safely”, his spokesperson said.
Lifestyle
2 months ago

Ukraine wins the social media war one TikTok at a time