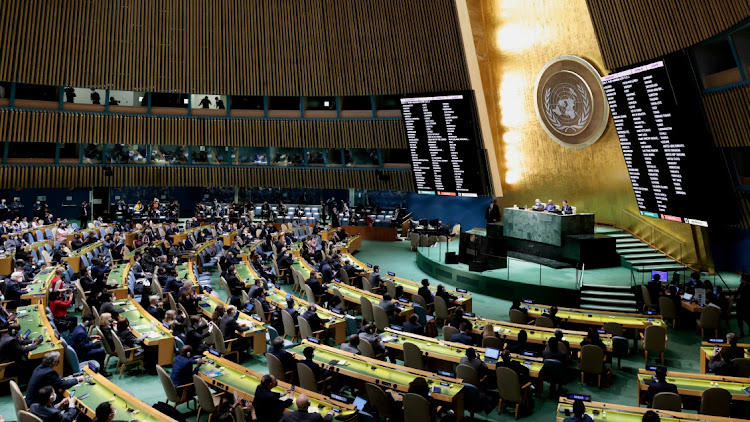 Nations around the world are waking up to the threat of a global food crisis and taking steps to secure their own supplies.

War between Russia and Ukraine, two of the grains powerhouses, has sparked panic about shortages, soaring prices and a potential squeeze on Russian fertiliser. That’s triggered export restrictions from Asia to the Americas, while the European Union signalled it’ll pivot its “whole approach” to agriculture policy to ensure food security.

The invasion of Ukraine, known as Europe’s breadbasket, jolted commodities markets, and countries responded by hoarding grains and cooking oil, or encouraging bigger harvests. The Group of Seven nations and the United Nations’ Food and Agriculture Organization are urging leaders to keep trade flows open, warning that protectionism can push prices higher and lead to empty shelves in countries dependent on imports.

“Any stability that you get in the country that’s putting up the export ban is an instability exported to the rest of the world,” said Joseph Glauber, a senior research fellow at the International Food Policy Research Institute in Washington. “It has a cascading effect.”

EU officials will meet Monday to discuss making ways for making food supplies more secure. The proposals include allowing fallow land to be used for protein crops and offering support to the pig-meat industry.

Russia's central bank has allowed a limited number of additional financial market operations over the next two weeks, as it tentatively eases ...
News
3 months ago

Some countries are moving ahead on their own. Bulgaria, a major exporter, allocated government funds to increase its national grains reserve, with aims to purchase about 1.5-million tonnes.

In France, a feed producers association wants the government to stockpile the 800,000 tonnes of grains it needs every month, fearing the global appetite for cereals could deplete domestic supplies.

Outside the bloc, smaller shippers Moldova and Serbia restricted sales of such crops as wheat or sugar.

“It’s the copycat effect: ‘If you do it, then I’m going to do it, too,’” said Arif Husain, chief economist at the World Food Programme. “That’s something that you don’t need when you have a shock to the market anyway.”

The UN group — the largest humanitarian organisation — is trying to reach at least 140-million people this year but only has half of the $20bn it needs, he said.

Indonesia, the biggest producer of crude palm oil, is raising export duties to $675 a ton, based on current prices, from $375. The higher taxes will make it more profitable for companies to supply the domestic market, trade minister Muhammad Lutfi said. 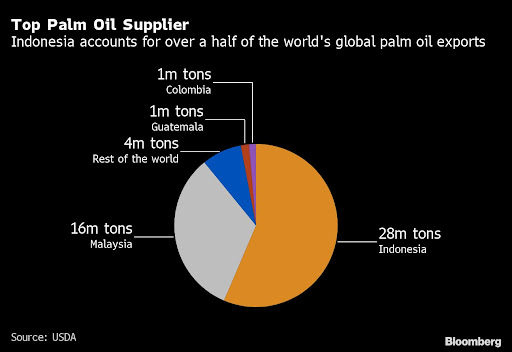 Argentina, the No 1 shipper of soybean meal and oil, is blocking traders from registering cargoes for export, a move that usually indicates a coming tax increase. The country also is subsidising its wheat-processing industry and threatening to rein in beef exports. It ranks high in global sales in both.

Even Egypt is banning exports of key staples such as flour, lentils and wheat for three months. The most populous Arab nation is the biggest wheat importer, relying on the grain for pasta and a bread-subsidy programme that feeds tens of millions of people.

Protectionism is spilling into the fresh produce aisle, as well. Morocco is cutting back its Europe-bound tomato exports to ensure upcoming Ramadan feasts because of the Ukraine war and a historic drought that’s crimping local harvests.

“The timing couldn’t be worse,” Jean-Michel Grand, executive director at Action Against Hunger UK, said of the restrictions.

Russia’s invasion of Ukraine has created a more unpredictable world

Czechs will look after Ukraine's 'wives and children', says PM

Czech Prime Minister Petr Fiala said on Saturday his country would take care of the “wives and children” fleeing Russia's invasion of Ukraine, which ...
News
3 months ago