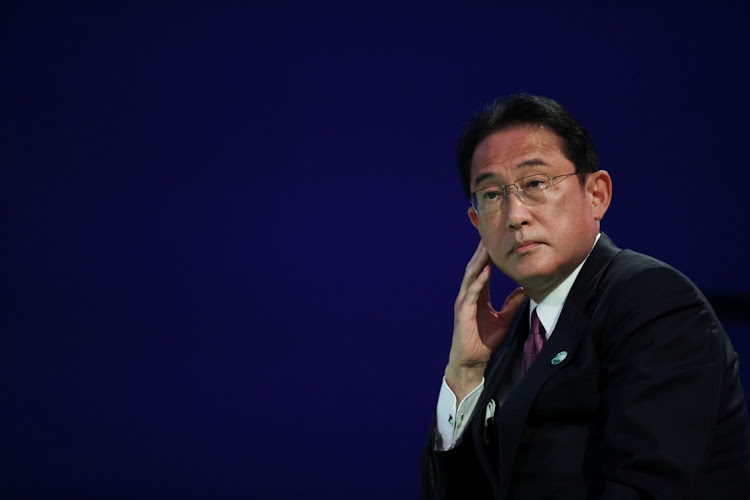 Prime Minister Fumio Kishida also called for the law to be amended in a Monday parliament session, where he stressed the need for coordinated moves with Western allies after attending last week's Group of Seven summit in Belgium.
Image: REUTERS/Hannah McKay / File photo

The government will submit a revision of the Foreign Exchange and Foreign Trade Act to the current parliament session to strengthen protections against potential sanction-busting by Russia through digital assets, Chief Cabinet Secretary Hirokazu Matsuno said in a press conference.

Prime Minister Fumio Kishida also called for the law to be amended in a Monday parliament session, where he stressed the need for co-ordinated moves with Western allies after attending last week's Group of Seven summit in Belgium.

A finance ministry official told Reuters discussions were under way about the proposed amendment, saying he could not provide further details.

The revision “presumably enables the government to apply the law to cryptoasset exchanges like banks and oblige them to scrutinise whether their clients are Russian sanction targets,” said Saisuke Sakai, senior economist at Mizuho Research and Technologies.

Following the invasion of Ukraine, the Japanese government has slapped asset-freeze sanctions on more than 100 Russian officials, oligarchs, banks and other institutions. Japan has also banned high-tech exports and revoked the most-favoured nation trade status for Russia, which calls its actions in Ukraine a “special military operation”.

Earlier this month, Japan's financial regulatory body demanded about 30 crypto exchanges in the country not to conduct asset transactions with sanction targets.

A legislative revision is a stronger step to implement such regulations. According to economist Sakai, Kishida's government probably developed the legal revision plan given Western authorities' stricter rules on the subject, as well as high Japanese public support for sanctioning Russia.