US trial begins for member of Islamic State 'Beatles' cell 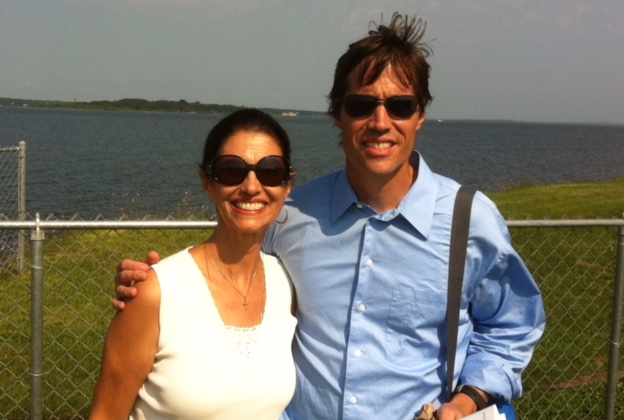 James Wright Foley and his mother Diane Foley. August 19 is the three-year anniversary of his death.
Image: Supplied

An alleged member of a group of Islamic State militants that beheaded American hostages in Iraq and Syria, nicknamed “The Beatles” for their British accents, faces a US criminal trial beginning on Tuesday.

El Shafee Elsheikh, 33, will stand trial in federal court in Alexandria, Virginia, just outside Washington, on charges including lethal hostage-taking and conspiracy to commit murder.

Elsheikh was one of four ISIS militants belonging to the four-member Islamic State cell. The cell garnered international attention after releasing videos of the murders of US journalists James Foley and Steven Sotloff and aid workers Kayla Mueller and Peter Kassig, among other victims.

Two of the cell's four members, Elsheikh and Alexanda Kotey, were held in Iraq by the US military before being flown to the US to face trial.

Mohammed Emwazi, a British citizen who oversaw the executions, died in a drone strike in 2015. Aine Lesley Davis, the fourth member of the group, was convicted in Turkey on terrorism charges and jailed.

Kotey pleaded guilty in September 2021 to the murders of Foley, Sotloff, Mueller and Kassig. He will be sentenced next month.

Kotey was a citizen of the United Kingdom, but the British government withdrew his citizenship.

The charges against Elsheikh, a UK citizen, carry a potential death sentence, but US prosecutors have advised British officials that they will not seek the death penalty against Elsheikh or Kotey.

US District Judge T.S. Ellis will oversee the trial, and is expected to spend Tuesday questioning potential jurors to ensure a fair trial.

Elsheikh's lawyers have said the killings were planned and carried out by Emwazi at the behest of Islamic State leadership.

It’s 10 years since the photojournalist died, and no-one has been prosecuted and there has not even been a full probe
Opinion & Analysis
10 months ago

No closure for Anton Hammerl's family — 10 years after his death

'Someone needs to answer for Anton Hammerl's death'

I let him go to cover a war, writes Penny Sukhraj-Hammerl, and now I need to find out why my husband never returned — and who was responsible for his ...
Opinion & Analysis
1 year ago