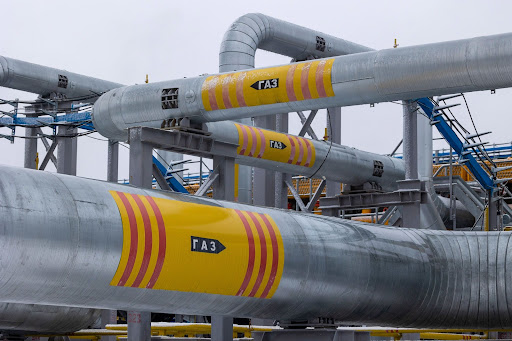 Natural gas trading is seeing a Renaissance in the US with the return of price volatility, while market turmoil in Europe could keep gas demand and exports high for years, according to trading industry executives.

Sharp natural gas price swings that can bring huge profits to traders have resurfaced due to severe weather events and the European Union's search for alternatives to Russian gas imports. Prices at the main US gas trading hub are up 64% this year, touching their highest level since 2008.

Investment bank TD Securities said it is beefing up its natural gas trading desk, while fund manager Balyasny Asset Management, pipeline operator Williams Companies and oil refiner Phillips 66 are beefing up or building gas trading, according to four people familiar with the matter.

“A significant driver to this growth is the outsize returns a lot of these trading shops saw in 2021,” said David Byrne, a MD with recruitment firm Aurex Group, which serves commodity trading houses and banks. The Texas deep-freeze in early 2021 caused shortages that drove billions of dollars in profits.

Balyasny recently added traders from BP and Citi to its gas trading team, according to several people familiar with the matter and website LinkedIn.com. Williams, a gas pipeline company, has hired veterans of NextDecade and ConocoPhillips to launch a LNG marketing operation.

Phillips 66 is in the process of setting up a natural gas and power trading desk for its refineries, according to its careers page and LinkedIn.

Phillips 66 confirmed the job postings but declined further comment on trading. Balyasny and Williams did not respond to requests for comment.

“We are investing in our energy sales and trading capabilities while equally committed to a comprehensive offering to help our clients transition to a low carbon economy,” said David Swinburne, TD's global head of commodities.

Energy marketing firm Vennsmith Carbon is staffing a natural gas desk with ex-managers and traders from Castleton Commodities, including Lon Tiemann, a former head of natural gas for Castleton and Magesh Nair, who was its COO until 2019.

“We believe the energy transition will put unique pressures on natural gas markets and result in an extended period of high volatility,” said Ossie Okeke, a managing partner at Houston-based Vennsmith.

“Our team has the technology and experience building physical and financial platforms to capture the resulting opportunities,” he said.

RNG, methane derived from plant or animal wastes, currently makes up a small percentage of the total US natural gas mix, but has the potential to make up to 15% of total natural gas consumed in the US, said Element Markets. RNG also sells at a steep premium to natural gas.

The company doubled the size of its RNG trading business in the last four years and expects to double again over the next two, CEO Angela Schwarz said in an interview.