The case for testing Pfizer’s Paxlovid to treat long Covid 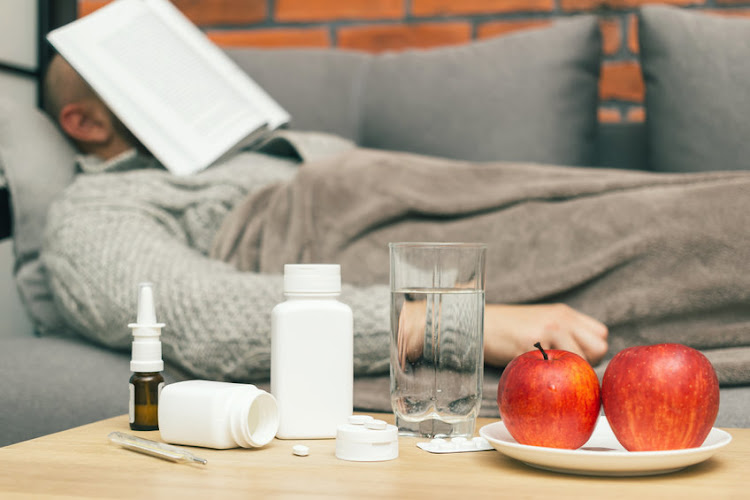 Reports of two patients who found relief from long Covid-19 after taking Pfizer Inc's antiviral Paxlovid, including a researcher who tested it on herself, provide intriguing evidence for clinical trials to help those suffering from the debilitating condition, experts and advocates say.

The researcher said her chronic fatigue symptoms, which "felt like a truck hit me", are gone after taking the two-drug oral therapy.

Long Covid is a looming health crisis, estimated to affect up to 30% of people infected with the coronavirus. It can last for months, leaving many unable to work. More than 200 symptoms have been associated with the condition, including pain, fatigue, brain fog, breathing difficulty and exhaustion after minimal amounts of physical activity.

Dr Steven Deeks, a professor of medicine at the University of California, San Francisco (UCSF), and an expert in HIV cure research, said drug companies tend to discount single-patient case studies. But such instances have helped drive HIV cure research, and Deeks thinks these Paxlovid cases could do the same for long Covid.

“This provides really strong evidence that we need to be studying antiviral therapy in this context as soon as possible," said Deeks, adding he has heard of yet another anecdotal case at UCSF in which a long Covid patient's symptoms cleared after taking Paxlovid.

Can we afford to drop our Covid-19 guard? A cautionary note

Several untested assumptions about the virus may be informing the relaxation of measures to prevent the spread of the disease, writes Barry Schoub.
Opinion & Analysis
4 months ago

Scientists cautioned these cases are "hypothesis-generating only" and not proof the drug caused relief of lingering symptoms. However, they lend support to a leading theory that long Covid may be caused by the virus persisting in parts of the body for months, affecting patients' daily lives long after acute symptoms disappear.

The best evidence so far comes from a National Institutes of Health (NIH) study, now under peer review, in which researchers conducted autopsies in 44 people who died of Covid-19 or another cause but were infected with Covid. They found widespread infection throughout the body, including in the brain, that can last more than seven months beyond the onset of symptoms.

Paxlovid, which combines a new Pfizer pill with the old antiviral ritonavir, is authorised for use in the first days of a Covid infection to prevent severe disease in high-risk patients. Pfizer spokesperson Kit Longley said the company does not have any long Covid studies underway and did not comment on whether it would consider them.

The drugmaker has two large clinical trials testing whether Paxlovid can prevent initial Covid-19 infection. That "may provide us with relevant data to help inform future studies", Longley said. Patients who have been suffering for months are growing frustrated with the lack of pharmaceutical research for their condition. There are fewer than 20 clinical trials led by individual researchers or small drugmakers testing treatments for long Covid, only a handful of which have moved beyond early stages, a Reuters review found.

"We shouldn't be doing our research based on anecdotal reports," she said.

In one of the case reports, published as a preprint ahead of peer review, a previously healthy and vaccinated 47-year-old woman became infected with Covid-19 in the summer of 2021. Most of her acute symptoms dissipated within 48 hours, but she continued to have severe fatigue, brain fog, exhaustion after exercise, insomnia, racing heartbeat and body aches severe enough that she could no longer work. About six months after her initial infection, she was reinfected, likely with Covid-19, and many of her acute symptoms also returned.

Her doctor prescribed a five-day course of Paxlovid. On day three, she noticed a rapid improvement of long Covid symptoms.

In the second case, Lavanya Visvabharathy, 37, an immunologist working at Northwestern Medicine's long Covid clinic, was infected in December 2021. Her initial symptoms were mild, but she later experienced chronic fatigue, headaches and sleep disturbances for four months after infection. She also kept testing positive on rapid antigen tests, a sign of viral persistence.

Visvabharathy was aware of the NIH study and the Stanford case, and decided to try Paxlovid to see if it could clear any lingering virus. Towards the end of the five-day course, her fatigue and insomnia had improved and her headaches were less frequent. Two weeks after treatment ended, her fatigue was gone.

Dr Igor Koralnik, who heads Northwestern Medicine's clinic focused on the neurological effects of long Covid, noted the long list of widely-used medications that are affected by ritonavir and said Paxlovid "can't be used willy nilly".

“Paxlovid is not a benign medication," he said.

“There should be studies.”

The virologist whose discovery of the Omicron variant sparked Covid-19 travel bans on SA says if it happens again he will stop sharing his data ...
News
4 months ago

Lockdown regulations that ignored the living conditions of shack-dwellers were "astonishing", according to a new analysis.
News
4 months ago

Multinational pharmaceutical companies have criticised the push by SA and India to introduce an intellectual property waiver on Covid-19 vaccines.
News
4 months ago