EU has frozen €35 billion in assets over Russia’s invasion 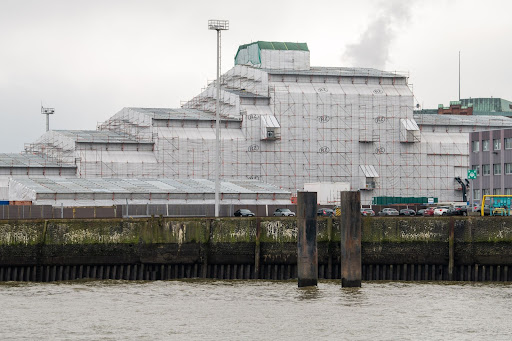 European Union countries froze €35 billion ($39 billion) of assets in response to Russia’s invasion of Ukraine during the first 5 1/2 weeks of the war, with France topping the list, having frozen goods and capital worth €23.5 billion.

Germany, the EU’s largest economy, trailed France, seizing assets worth €341,600, according to a European Commission assessment dated April 5, the most recent such evaluation. The week following this assessment, Berlin impounded Russian billionaire Alisher Usmanov’s superyacht Dilbar, which was valued at $600 million to $750 million.

The majority of the French allocation -- €22.8 billion -- involved Russian central bank funds. In the days following Russia’s February. 24 invasion, the EU banned all transactions with the central bank in an effort to isolate Moscow’s economy and financial system. Russia has about $640 billion in reserves.

The decision to hit the central bank was a first for an economy the size of Russia’s, and was an attempt to starve Moscow of cash and deprive monetary policymakers of the hard currency needed to support the ruble in the foreign-exchange market. It was also seen as a way to potentially limit Russia’s ability to finance its war.

A spokesperson for the commission, the EU’s executive arm, declined to comment on the document.

Belgium had asset freezes worth €10 billion, which includes the impact of disconnecting seven Russian banks from the SWIFT international payments system such as VTB Bank PJSC and Bank Rossiya, according to an official who asked not to be identified because the information is confidential.

Italy’s total was €1.1 billion, with frozen assets including yachts and real estate in Sardinia and Tuscany. Ireland accounted for asset freezes worth €839 million, the Netherlands for €516 million and Denmark for €4,195.

Numbers for several member states were unavailable, including for Spain and Hungary.