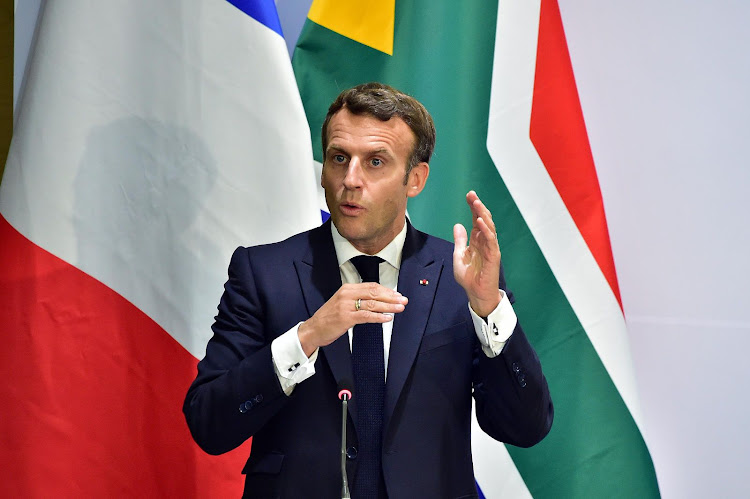 The deal, if confirmed, will unite parties that have run separately in elections since the left-green coalition deal of 1997-2002.
Image: GCIS

The coalition deal, shaped under the leadership of hard-left firebrand Jean-Luc Melenchon, is an attempt to deprive newly re-elected President Emmanuel Macron of a majority in parliament in the June 12-19 vote and block his pro-business agenda.

Melenchon, a radical eurosceptic, has managed to unite the Greens, the Communists and the Socialists under a new banner that could raise eyebrows across the EU, as its platform aims to challenge the main tenets of the bloc's economic policies.

"We can and will beat Emmanuel Macron and we can do it with a majority to govern for a radical programme," Quatennens said.

A source in the Socialist Party said that there was agreement on who would run in what constituency and on the overall strategy, but negotiators still needed to finalise talks on the programme itself.

The deal would then need to be approved by the Socialist Party's national committee.

LFI earlier struck similar agreements with the French Greens and the Communists, creating a united front under the leadership of hard-left firebrand Jean-Luc Melenchon.

The deal, if confirmed, will unite parties that have run separately in elections since the left-green coalition deal of 1997-2002.

The pro-European Socialists had been the main holdouts after days of negotiations at the headquarters of the eurosceptic Melenchon's party.

The latest Harris Interactive poll showed the two sides are neck and neck, with both a united left and an alliance between Macron's party and the conservatives seen garnering 33% of the legislative vote. However, in France's two round election system, projections show this could still translate into a majority of seats for the president.

Melenchon's success in striking a deal in principle with the Socialists, the former dominant force on the left, will mark a turning point for a party that gave the country two presidents since World War Two and has been a driving force for European integration.

Melenchon, who broke from the Socialist Party in 2008 after failing to dilute its pro-EU stance, wants to "disobey" the bloc's rules on budget and competition issues and challenge its free-market principles. He also wants France to leave NATO.

The decision by Socialist party leaders to negotiate a deal with Melenchon was criticised by some of its most prominent figures, including former president Francois Hollande, who said it could mark the end of a pro-EU force on the left.

But the Socialists had little leeway in the talks. Their candidate, Paris Mayor Anne Hidalgo, garnered a meager 1.75% of votes cast in last month's presidential ballot. However, they still control many local authorities.

Policies of the new alliance, which will run under "Social and Ecological People's Union", also include plans to lower the retirement age to 60, raise the minimum wage and cap prices on essential products.