Many Afghan women pushing back against Taliban orders to cover up 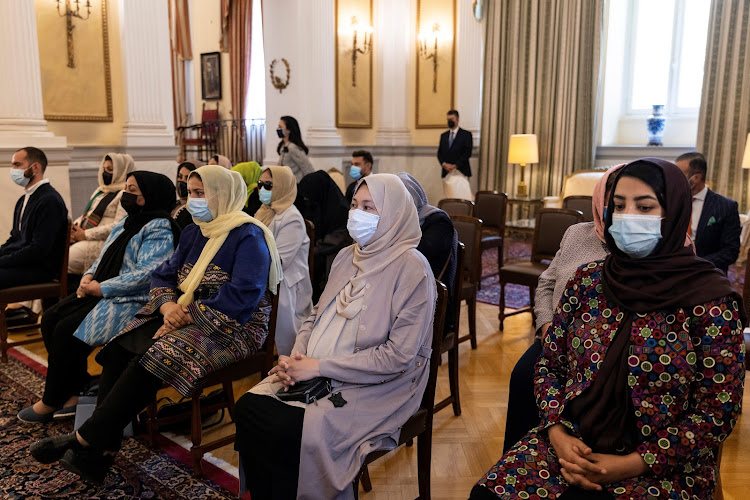 Outside the capital there were some signs that Saturday's announcement was fuelling stricter oversight of women's dress.
Image: REUTERS/Alkis Konstantinidis

Many women in the Afghan capital are delaying a return to fully covering their faces in public in defiance of orders from Islamist Taliban rulers, others are staying at home and some have been wearing Covid-19 face masks anyway.

The Taliban, who swept back to power as the government collapsed, on Saturday ordered women to cover their faces in public, a return to their past hardline rule and an escalation of restrictions on girls and women that are causing anger at home and abroad.

The consequences of disobedience are aimed at a woman's closest male family member, ranging from a warning to imprisonment.

The UN Security Council will meet on Thursday to discuss the order and the United States said it would increase pressure on the Taliban administration.

It was not clear whether any men had yet faced consequences by Wednesday and Taliban authorities said they would first focus on "encouraging" adherence.

In Kabul, one of the more liberal areas of Afghanistan, there were indications that women were pushing back.

A seller of all-enveloping burqas in Kabul told Reuters in the days after the announcement sellers had lifted prices around 30%, but they had since come back to around 1,300 Afghanis ($15) as there was no increased demand.

"Most women prefer to buy a hijab (a headscarf), not a burqa. A burqa is good according to the Taliban, but it is the women's last choice," he said.

Reuters spoke to two female doctors and a teacher - the few formal jobs still available to women - who said that covering faces and wearing loose garments would interfere with their work.

"We are doctors, we do operations and we have to wash our hands up to our elbows," said a doctor, who declined to be identified for security reasons.

Outside the capital there were some signs that Saturday's announcement was fuelling stricter oversight of women's dress.

A doctor in southeastern Afghanistan said Taliban officials had told her not to treat female patients who did not have a male chaperone and were not fully covered.

A university student in northern Afghanistan said university officials since Saturday were becoming much stricter on dress code, telling her on Monday that her colourful headscarf was unacceptable and she must wear all black.

Fahima, a woman living in the western province of Herat, ran a business before the Taliban took over but now must wait for her teenage son to come home from school so she can leave the house with him just to buy groceries.

"I can barely leave home," she said.

US Ambassador to the United Nations Linda Thomas-Greenfield said on Sunday a Taliban decree that ordered Afghan women to cover their faces in public ...
News
1 week ago

ByteDance Ltd’s TikTok will be banned in Afghanistan as part of a moral policing drive by the ruling Taliban, a spokesman for the group said.
News
4 weeks ago

An explosion at a Shi'ite mosque in the northern Afghan city of Mazar-e-Sharif on Thursday killed or injured at least 20 people, a local Taliban ...
News
4 weeks ago