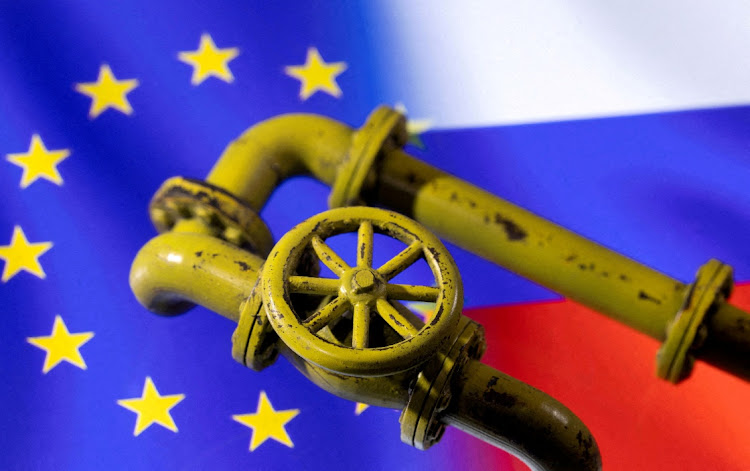 Worries are mounting in Europe that Moscow could sharply reduce the amount of gas it supplies or stop it altogether as tensions rise and sanctions intensify over its assault on Ukraine. File photo.
Image: REUTERS/Dado Ruvic

Analysts at Barclays have warned of a 5 percentage point hit to eurozone GDP and a dive below dollar parity for the euro if Russia closes its gas taps as part of the escalating war in Ukraine.

Worries are mounting in Europe that Moscow could sharply reduce the amount of gas it supplies or stop it altogether as tensions rise and sanctions intensify over its assault on Ukraine.

The Kremlin has already cut off supplies to Bulgaria and Poland and this week sanctioned Gazprom’s European subsidiaries, including Gazprom Germania, prompting German economy minister Robert Habeck to warn of no more gas from Russia.

“If Russia closes its gas taps to Europe, we expect EUR/USD to fall below parity,” Barclays said in a note on the rising tensions.

“Our economists estimate that a total loss of Russian supplies, combined with rationing of the remainder, could dent euro area GDP by more than 5 percentage points over one year.” 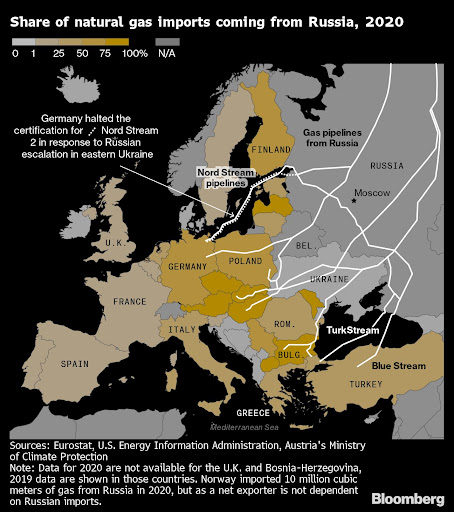 Russia’s Gazprom PJSC said it has halted gas flows to Poland and Bulgaria and will keep the supplies turned off until the two countries agree to Moscow’s demand to pay for the crucial fuel in roubles.
Image: Bloomberg

The EU is grappling with Russia’s demand that countries start paying for their gas in roubles rather than euros or dollars, as they traditionally have.

Bowing to such a demand could mean countries effectively breach their own sanctions brought against Russia as part of a co-ordinated move by the West to punish Moscow for its “special military operation” in Ukraine.

About 25% of the nearly 4,000 non-financial companies Moody’s analyses globally would “face significant stress” it said, although it would be a significantly higher 40% in the Europe, Middle East and Africa region.

It “will cause significant stress around the world”, Moody’s said.

Ukraine has been forced to spend about $8.3bn on its war with Russia instead of development, the country’s finance minister said on Thursday, ...
News
1 week ago

The US House of Representatives approved more than $40 billion more aid for Ukraine on Tuesday, as Congress races to keep military aid flowing and ...
News
1 week ago