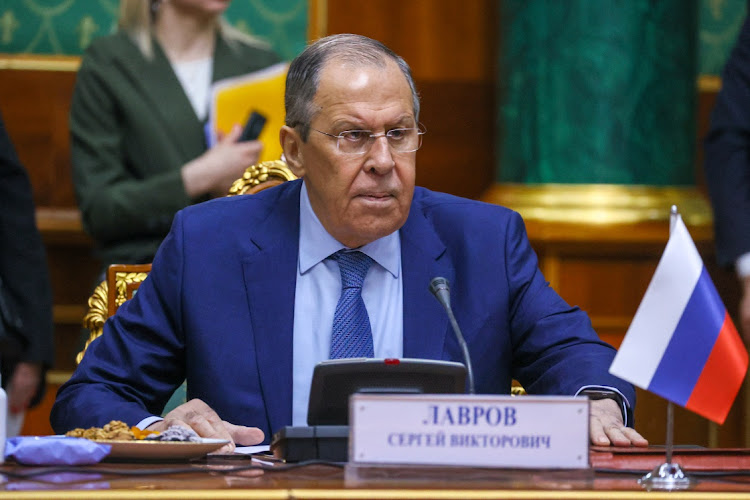 Russian Foreign Minister Sergei Lavrov said on Saturday that Moscow was the target of “total hybrid war” by the West but would withstand sanctions by forging deeper partnerships with China, India and others.

In a speech on the 80th day since Russia invaded Ukraine, Lavrov pointed to the barrage of sanctions imposed by the West in an effort to portray Russia as the target, not the perpetrator, of aggression.

“The collective West has declared total hybrid war on us and it is hard to predict how long all this will last but it is clear the consequences will be felt by everyone, without exception,” he said.

“We did everything to avoid a direct clash — but now that the challenge has been thrown down, we of course accept it. We are no strangers to sanctions: they were almost always there in one form or another.”

The sanctions on Russia's top companies, banks and political elite have been imposed to punish it for a war that has killed tens of thousands of people and uprooted millions, disrupted energy markets and exacerbated a global food crisis by driving up prices for grain, cooking oils and fertiliser.

In his speech, Lavrov laid out the strategy that Moscow is pinning its hopes on as it tries to cushion the hit to its economy and build new markets elsewhere.

He cited the sanctions, which have included the seizure of nearly half of Russia's $640 billion in foreign reserves, as evidence that no-one is safe against expropriation and “state piracy”, and of the need for countries to lessen economic reliance on the US and its allies.

“Not only Russia but many others too are reducing dependence on the US dollar, western technology and markets,” he said, without stating evidence.

Efforts by the West to isolate Russia were doomed to fail, he said. Russia's relations with China were the best they had ever been and it was developing a privileged strategic partnership with India.

Just back from a trip to the Middle East, he also cited the importance of ties with Egypt, Algeria and Gulf nations, as well as Asia, Africa and Latin America.

In one example of a sanctions-induced pivot in exports, Russia sold twice as much crude oil to India in the two months after its February 24 invasion of Ukraine as it did in all of 2021, as Western nations cut purchases of Russian oil and Indian refiners seized the chance to buy it at a discount.

Yet despite Russia's insistence it can thrive under sanctions, its economy is on track to shrink by somewhere between 8.8% and 12.4%, according to an economy ministry document seen by Reuters, and not return to its pre-invasion size before 2026.

Annual consumer inflation accelerated in April to 17.83%, its highest since 2002.