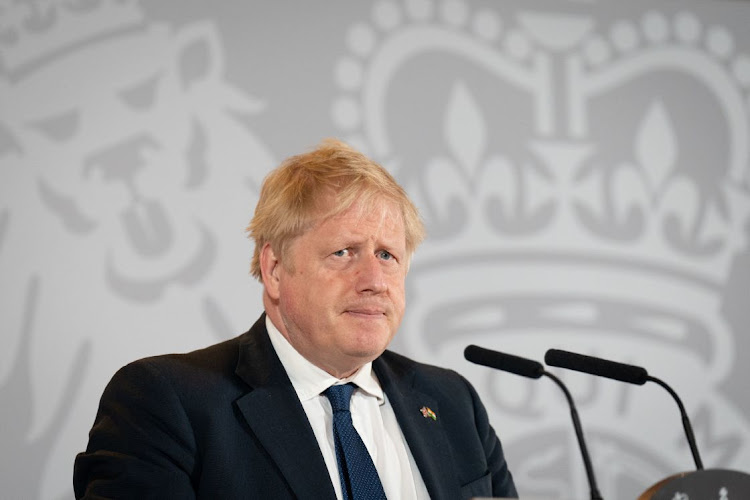 British police ended their investigation on Thursday into Covid-19 lockdown parties held at Prime Minister Boris Johnson's Downing Street office, having handed out 126 fines in a scandal that had called into question his leadership.

Johnson has faced widespread calls from opposition politicians and some in his own party for him to resign over the “partygate” scandal after it was revealed both he and officials had broken stringent laws his government had made.

He and finance minister Rishi Sunak were both fined last month over a gathering in his office to celebrate his 56th birthday in June 2020 when social mixing was all but banned. His spokesperson said he had received no further fines.

The prime minister initially said there had been no illegal parties and all rules were followed. But he has since offered a number of “humble” apologies, although he has rejected calls for him to quit and denied knowingly committing any wrongdoing.

Police said their investigation, in which officers examined 510 photos and 345 documents, had now concluded.

Johnson's spokesperson said police had confirmed that the prime minister would not receive any further fines.

“The prime minister is pleased the investigation is concluded and would like to thank the police for their work,” the spokesperson said.

Johnson's wife Carrie, who was also fined over Johnson's birthday party, will also not receive any further penalties.

Police said the fines related to eight dates when events were held at Downing Street and the Cabinet Office between May 2020 and April 2021 when lockdown measures were in place to prevent the spread of the coronavirus.

These included gatherings in the Downing Street garden, an online Christmas quiz, and leaving events for staff.

“Our investigation was thorough and impartial and was completed as quickly as we could, given the amount of information that needed to be reviewed and the importance of ensuring that we had strong evidence for each FPN referral,” London Police Acting Deputy Commissioner Helen Ball said.

Some of the parties took place while lockdown conditions had forced the closure of restaurants, pubs and businesses, and meetings with friends and family, including for funerals, were severely restricted. About 180,000 people have died in Britain from Covid-19, the seventh highest toll by country in the world.

Keir Starmer, leader of the opposition Labour Party, repeated his demand for Johnson to go.

“After an investigation that shows 120 plus breaches of the law in Downing Street, of course he should resign,” he said.

Starmer is facing a police investigation over a potential lockdown breach over footage from April 2021 which showed him drinking a bottle of beer with colleagues indoors during a visit to the northeast of England.

He has said he would resign if he receives a fine.

Opponents accuse him of lying to parliament about the gatherings and its Committee of Privileges is investigating whether he did mislead lawmakers.

More damaging could be the findings of an internal report by senior civil servant Sue Gray. Her interim conclusions released in January were that alcohol-fuelled events had taken place at Johnson's offices and residence, and there had been “serious failures of leadership”.

A Cabinet Office source said it would be published next week.