Third possible case of monkeypox found in the US 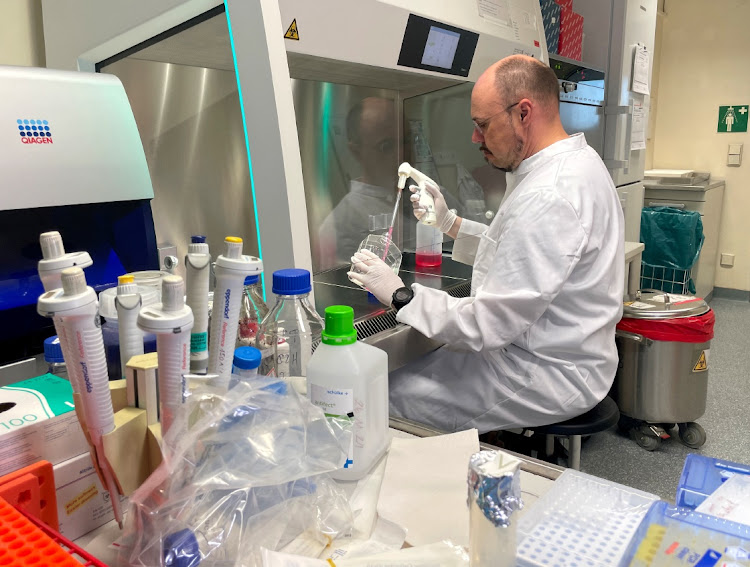 Head of the Institute of Microbiology of the German Armed Forces Roman Woelfel works in his laboraty in Munich, May 20, 2022, after Germany has detected its first case of monkeypox.
Image: REUTERS/Christine Uyanik

Health authorities said they may have found a third case of the monkeypox virus in the US and are running tests on a patient in South Florida to confirm if the person has contracted the disease, which is staging a rare outbreak outside Africa.

The case in Broward County, Florida, is “related to international travel,” the U.S. centres for Disease Control and the Florida department of health said in a statement on Sunday, “and the person remains isolated.”

The results of tests conducted by the CDC are expected soon. No other cases have been identified in the state, the release said.

The first monkeypox case in the US was reported in Massachusetts on Wednesday. The disease, which is similar to human smallpox but milder, was found in a man who had recently travelled to Canada. Health officials said the case posed no risk to the public.

The second US case was a New York City resident who tested positive for the virus on Friday, health officials said.

In Europe, more than 100 cases of the viral infection, which spreads through close person-to-person contact, have been reported recently.

Monkeypox, which mostly occurs in west and central Africa, is a viral infection that was first recorded in the Democratic Republic of the Congo in the 1970s. Symptoms include fever, headaches and skin rashes starting on the face and spreading to the rest of the body.