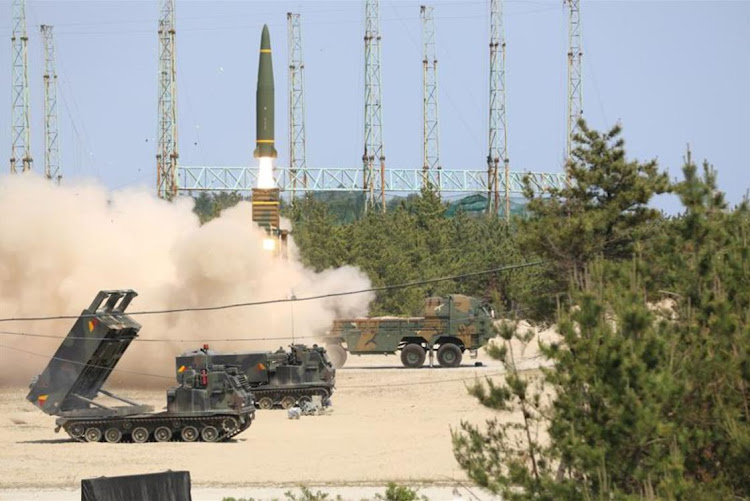 The United Nations Security Council will vote on Thursday on a US push to strengthen sanctions on North Korea over its renewed ballistic missile launches, a move that China, which has veto power, said would not solve any problems.

The vote comes a day after Pyongyang fired three missiles, including one thought to be its largest intercontinental ballistic missile, following US President Joe Biden's trip to Asia. It was the latest in a string of ballistic missile launches this year, which are banned by the Security Council.

The draft resolution would “further restrict North Korea's ability to advance its unlawful WMD (weapons of mass destruction) and ballistic missile programs, it would streamline sanctions implementation and further facilitate the delivery of humanitarian aid to those in need,” a US official said.

North Korea has been subjected to UN sanctions since 2006, which the Security Council has steadily — and unanimously — stepped up over the years to cut off funding for Pyongyang's nuclear weapons and ballistic missile programs.

But China and Russia have been pushing for an easing of sanctions on humanitarian grounds. A resolution needs nine “yes” votes and no vetoes by Russia, China, France, Britain or the US.

“We don't think a resolution as proposed by the US can solve any problems,” a spokesperson for China's UN mission told Reuters, adding that China had instead proposed that the council adopt a formal statement instead of a sanctions resolution.

The spokesperson said the US knows “the best way for de-escalation, but simply resists it.” China has said Washington should show “more sincerity and flexibility” if it wants a breakthrough with North Korea.

North Korea fired three missiles, including one thought to be an intercontinental ballistic missile (ICBM) on Wednesday, after US President Joe Biden ...
News
2 months ago

North Korea has fired a ballistic missile toward the sea off its east coast on Wednesday, South Korea's military said, about a week after the North ...
News
3 months ago

Russia's UN Ambassador Vassily Nebenzia told Reuters earlier on Wednesday that he would wait to see the final US draft text before saying, but that he didn't believe UN action would be “very conducive” to engagement with North Korea.

North Korean leader Kim Jong Un is known as a chain smoker — frequently seen with a cigarette in hand in photographs in state media — and the US drafted resolution, seen by Reuters, would ban exports to North Korea of tobacco and manufactured tobacco.

The draft text would extend a ban on ballistic missile launches to apply to cruise missiles or “any other delivery system capable of delivering nuclear weapons.”

The hermit Asian state has successfully evaded some UN sanctions, according to UN monitors, who reported in February that North Korean cyberattacks were earning Pyongyang hundreds of millions of dollars.

The draft resolution would impose an asset freeze on Lazarus hacking group, which the US says is controlled by the Reconnaissance General Bureau, North Korea's primary intelligence agency.

Lazarus has been accused of involvement in the “WannaCry” ransomware attacks, hacking of international banks and customer accounts, and the 2014 cyberattacks on Sony Pictures Entertainment.