Biden running out of options to tame rampaging fuel prices 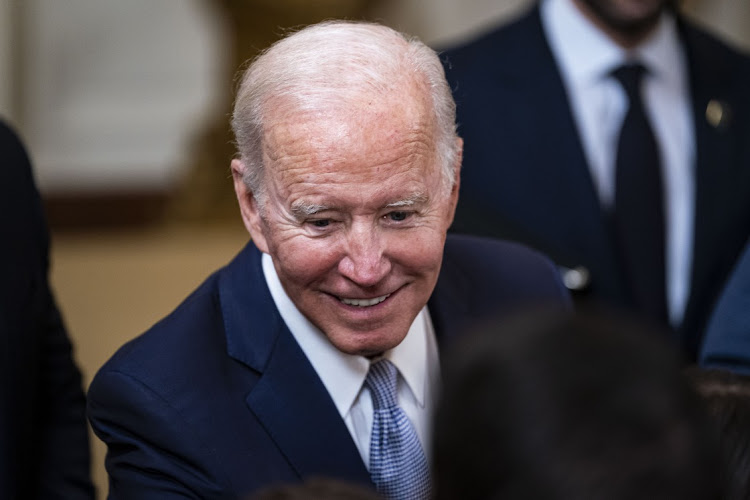 President Joe Biden has vowed to do everything in his power to fight record-setting petrol and diesel prices. File photo.
Image: Al Drago/Bloomberg

President Joe Biden has vowed to do everything in his power to fight record-setting petrol and diesel prices, but he’s up against a stark reality: there are few options for taming the surge.

While Biden has unleashed an unprecedented amount of oil from the US strategic petroleum reserve, other tools at the administration’s disposal would come at the expense of environmental protection and have little effect on fuel costs stoked by strained crude supplies and a global shortage of refining capacity. And the one sure-fire fix — for Americans to stop driving so much — is largely out of his control.

“There’s no silver bullet,” said Benjamin Salisbury, director of research at Height Capital Markets. “Anything they could do is going to have knock-on effects and they’re probably worse than the benefits.”

Americans have already begun paring their driving in the face of petrol prices that have set near-daily records for the past two weeks, but no-one should expect Biden to encourage more of that conservation. It’s politically perilous for presidents to ask Americans to reduce fuel use — as a cardigan-clad Jimmy Carter proved in 1977 when he implored the country to crank down thermostats and slow driving to combat an energy crisis. He lost re-election three years later.

It’s every man for himself, so brace for scarcity, lower growth and higher prices

While Carter donned a cardigan, “Biden is in a blazer”, and “trying to do business as usual”, said Kevin Book, MD of research firm ClearView Energy Partners.

“Trying to tell Americans they can’t have energy when America is an energy superpower and, more importantly, when Americans are accustomed to low-energy prices and widespread energy availability, is a risk very few politicians are going to want to take.”

Short of Americans putting the brakes on their summer travel, here are some of Biden’s options to help bring fuel prices down:

Biden’s huge release of as much as 180-million barrels of oil from emergency stockpiles over six months, on top of earlier drawdowns, may have limited crude price gains, but the bigger problem now is a lack of global refining capacity to transform oil into petrol and diesel.

The US lost more than 1-million barrels of refining capacity when fuelmakers shut some of their least profitable plants during the pandemic.

The administration is exploring whether some shuttered capacity could come back online. At 97.4%, Gulf Coast refiners are already running harder than ever for this time of year. 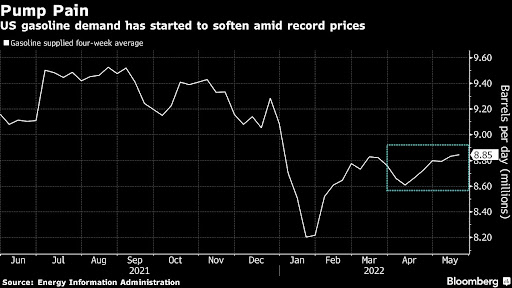 US President Joe Biden has vowed to do everything in his power to fight record-setting petrol and diesel prices.
Image: Bloomberg

The Biden administration has already moved to allow wider summer sales of E15 petrol that contains 15% ethanol by waiving it from fuel-volatility restrictions.

That could offer modest savings to motorists in the heartland, where E15 is more readily available and can sell at a 5-10 cent discount to conventional E10 petrol, according to Gasbuddy. But the benefits aren’t widespread. E15 is only available at about 2,600 filling stations nationwide and it contains less energy than E10.

The administration could go further by waiving conventional E10 petrol from anti-smog rules that require low-volatility petrol in the summer — a change that would allow fuel blenders to mix in lower-cost butane and other materials.

But in the summer, higher volatility fuels evaporate at a faster pace, meaning tanks would need to be filled more often. And less volatile winter-grade fuels typically run just a few cents per gallon cheaper than summer grades, based on wholesale market prices during periods of transition.

The move also would invite a backlash from environmentalists who make up Biden’s political base, as it would unleash more smog-forming pollution.

The Biden administration is under pressure to lower biofuel-blending quotas and exempt some refineries from them altogether. Refiners have argued the measures could ease industry compliance costs passed on to motorists at the pump — now about 20 cents per gallon.

But the move carries political consequences, especially in rural America, where the renewable fuel mandate is seen as critical to shoring up corn and soy demand. Biofuel producers say exemptions would represent a betrayal of Biden’s campaign pledge to support the policy; they also would be an about face for the Environmental Protection Agency, which already retroactively rescinded 31 refineries’ previously granted waivers from 2018 requirements.

Some Democrats have urged the White House to throttle US fuel exports in a bid to keep the country supplied with low-cost petrol. But any move to ban or limit fuel exports could backfire by flooding the US market with more fuel than it can use, prompting refiners to dial back production to protect margins.

It also would send a conflicting message to refiners maxing out production now. And the impacts could be devastating to fuelmakers on the US Gulf Coast, where as much as 35% of last year’s petrol production was sold to overseas buyers.

Long queues snaked around gas stations in Sri Lanka's commercial capital and its outskirts on Monday even though the island nation's government was ...
News
1 month ago

The 1920 Jones Act, which requires the use of American-crewed, -built and -registered vessels to move goods between US ports, generally makes it too expensive to justify waterborne transportation of fuel around the country.

Waivers that allow foreign tankers to move petrol, diesel and jet fuel between US ports could help alleviate potential shortages on the East and West Coasts, regions most vulnerable to supply disruptions.

But the waivers are typically reserved for supply emergencies, such as after last year’s cyberattack on the Colonial Pipeline. And since the Jones Act enjoys deep support from some of the nation’s biggest shipbuilders, vessel owners and organised labour, any move by Biden to undercut it could alienate powerful Democratic allies before the November election.

Some lawmakers have advanced plans to suspend the 18.4 cents per gallon federal petrol tax. However, a petrol tax holiday risks siphoning money from the Federal Highway Trust Fund that pays for road and transit systems. And administration officials and top congressional Democrats caution there’s no guarantee the savings would be passed on to consumers.

An alternative rebate approach encouraged by some Democrats could ensure motorists pocket the savings. But lawmakers are unlikely to agree on the plan or how to pay for it — including by potentially axing tax incentives cherished by oil companies.

The Biden administration is considering withdrawing supplies from emergency stockpiles of fuel, going beyond raw crude reserves. While the move could help prevent or plug fuel outages in the Northeast, it would only be a short-term balm against high prices.

The Northeast Home Heating Oil Reserve and Northeast Gasoline (petrol) Supply Reserve together contain just about 2-million barrels of fuel — less than two days’ worth of the region’s estimated consumption.

The key to alleviating pain at the pump ultimately lies with the consumer and high prices are already doing some work for politicians.

Less driving means less petrol demand — and ultimately that can help bring the market back into balance. But it may come at the cost of the broader economy.

High prices could hurt consumer confidence, Mark Finley, a fellow at the Baker Institute of Public Policy at Rice University, said in an interview last month: “It’s not just money coming out of your pocket. It makes people more scared and less willing to spend money on everything else.”

With the price of petrol expected to skyrocket to R25 a litre in June, driving up the already sky-high cost of food and transport, the DA is pushing ...
Politics
1 month ago

The Pakistani stock market jumped over 2% shortly after opening on Friday, reacting positively to an overnight decision by the government to end a ...
News
1 month ago