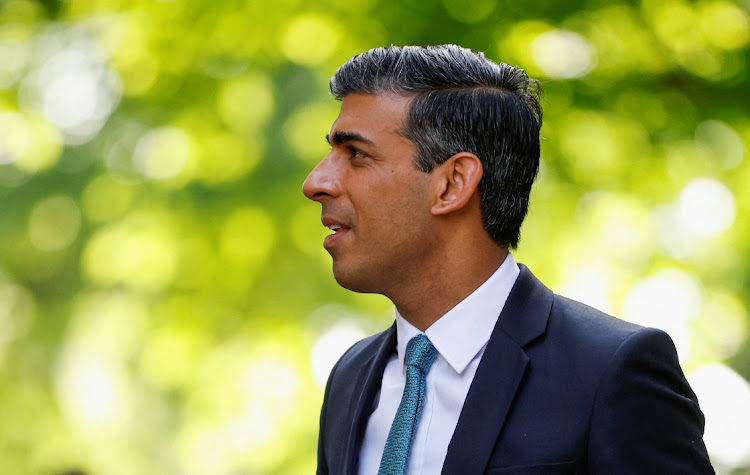 Chancellor of the Exchequer Rishi Sunak had no qualms appropriating the policy, nicking Labour's idea but giving a Tory spin, calling it an energy profits levy to distinguish it from the opposition's windfall proposal.

The political rationale for the hastily cobbled-together package is clear. After months of bruising revelations and investigations into Partygate, the government is desperate to change the subject and be seen to be addressing real voter concerns, notably the effect of surging inflation and what the media has dubbed the cost-of-living crisis.

But the idea that the hurried measures will boost consumer confidence or avert a recession is dubious. The substantial package announced Thursday feels like fiscal policy defense, a panicky chess move intended to protect the king but not really advance the government’s own position. 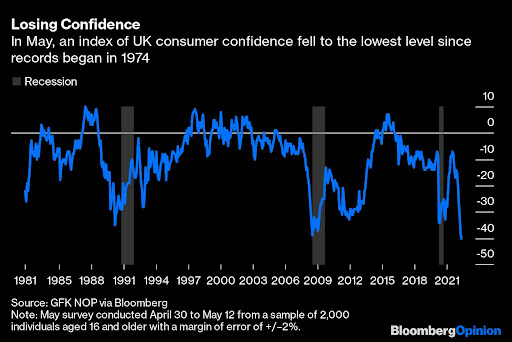 Appropriating the windfall-tax proposal has all the subtlety of a desperate chess move. The arithmetic will come back to haunt the Tories.
Image: Bloomberg

On the plus side, the new spending should make a difference to the average household’s energy costs. The package includes a lump-sum payment of up to £650 ($819) for some 8 million families already receiving benefits, with payments also for pensioners and disabled persons. Most of the support lands in the fourth quarter, when Britain’s energy regulator Ofgem is expected to raise the price cap to £2,800, an increase of over £800.

But tinkering with taxes and exemptions is risky business. Before introducing his tax, Sunak had argued that it would hurt investment. So he is offering energy companies a chance to offset the 25% levy against investment. As BP Plc Chief Executive Officer Bernard Looney has noted, investment plans in the industry are made well in advance, so it’s not clear how well that will work. There’s also a moral hazard risk: Will investors be so sure there won’t be other windfall taxes in the future to plug holes?

It’s also not clear the measures will be sufficient to boost consumer confidence, which has slumped to its lowest in four decades, below even the levels of the last four recessions. One reason is that the cost of increased energy prices to UK households is around £55 billion; Sunak’s relief doesn’t begin to cover that (as he more or less acknowledged).

Sunak’s hope is that the £15 billion package of relief – which, at 0.6% of gross domestic product is still substantial – will help avert a recession this year. That’s debatable. Bloomberg Economics expects GDP to contract 0.4% in the second quarter of the year, then grow 0.3% and then fall in the fourth quarter again. The bobbing and weaving may not technically amount to a recession (defined by two consecutive quarters of falling GDP), but that’s also largely academic.

“There’s no point in saying a contraction isn’t a recession on the grounds that it’s not two quarters back-to-back, when the average person is 5% poorer,” notes Mark Bathgate, an independent economic consultant. Meanwhile, it’s likely to aggravate inflationary pressures and add to pressure on government finances.

Even if the new energy levy raises the whole £5 billion, it still pales against the extra spending. Sunak also promised to increase benefits and pensions in line with September inflation, which is expected to be around 10%. That means the government will be writing a big check —  potentially dwarfing the entire package and financed presumably by borrowing. (Borrowing costs are already up fivefold over the last 12 months.) With Britain’s tax burden already the highest its been since 1950, the government can’t exactly go back to taxpayers.

Britain is obviously facing a supply-side crisis that defies easy solutions. Brexit factors are also contributing to increased costs. Subsidizing demand is not going to be the answer, however, and will have its own unintended consequences, not least in creating the expectation that more handouts will have to follow.

Johnson wants to fight the next election showing progress on his main manifesto pledge to rebalance the wildly unequal UK economy — what he calls “levelling up.” There is no amount of government spending (short, perhaps, of the 2 trillion euros — $2.14 trillion — Germany spent on reunification over the course of more than two decades) that will achieve that. Johnson and Sunak desperately need to find a formula for economic growth.

The tax-and-spend trap is clearly an uncomfortable place for Sunak, who still wants to be seen more in the mold of a small-government chancellor. But populist policies are now the government’s calling card and harder to distinguish from the opposition. Instead of Singapore-on-Thames – the  unrealistic vision Brexiters tossed in the direction of Brussels during fraught exit negotiations – the UK is looking a bit more like Belgium-on-Thames on his watch. No wonder the Labour benches looked smug.

Therese Raphael is a columnist for Bloomberg Opinion covering health care and British politics. Previously, she was editorial page editor of the Wall Street Journal Europe.