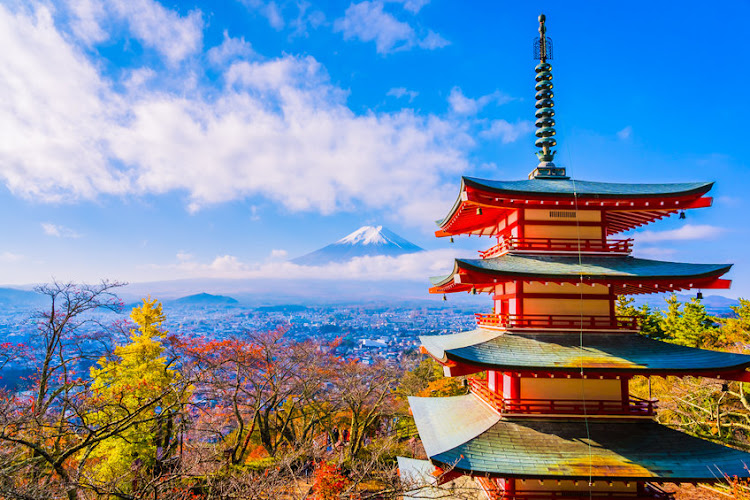 Visitors will be subject to strict measures to mitigate the spread of Covid-19, Japan has mostly relaxed entry protocols for returning citizens, residents and visa holders.
Image: 123RF/ siraphol

For the first time in two-plus years, tourists are coming back to Japan. The few allowed in under a trial program were subject to tight hygiene measures and closely monitored, giving a glimpse of what visiting will be like after next month’s limited border reopening.

“We’re just happy to be back,” Christopher Li said after arriving in Tokyo from Hawaii. Like the rest of his small tour group, Li works in the travel industry and are also here to see how Japan will manage its reopening. “The prevention measures in Japan are very detailed.”

After landing at Narita International Airport, Li and three other travelling companions were given a package of masks, alcohol wipes and a disinfectant spray bottle. They went through testing, monitoring app installations and other red tape for about two hours before leaving the airport. They toured Ibaraki prefecture on Thursday, stopping by a shrine and fish market before visiting a suspension bridge and waterfall in the afternoon. 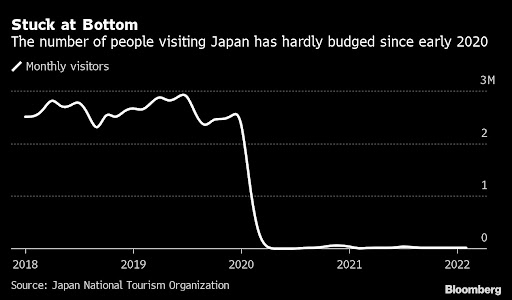 For the first time in two-plus years, tourists are coming back to Japan. The few allowed in under a trial program were subject to tight hygiene measures and closely monitored, giving a glimpse of what visiting will be like after next month’s limited border reopening.
Image: Bloomberg

Before the pandemic, Japan was at the peak of a tourism boom, with inbound visitors reaching a record in 2019. Now, the island nation is one of the last remaining rich economies with strict border controls. That’s set to change on June 10, when package tours from overseas will bring back tourists and their spending money, and the daily entry quota doubles to 20,000. Even so, only about half of the population is in favour of plans to ease borders, according a poll by the Yomiuri newspaper earlier this month.

While those choosing to join the early wave of visitors will be subject to strict measures to mitigate the spread of Covid-19, Japan has mostly relaxed entry protocols for returning citizens, residents and visa holders. There’s minimal quarantine, although time-consuming airport procedures remain in place.

For those early tourists, itineraries will probably be fully booked with limited free time, and with a chaperon hovering nearby. All told, about 50 travellers from the US, Australia, Thailand and Singapore came to Japan this week as part of the trial program.

Every morning, local tour staff will check their temperatures and health status. Each time they get on the bus, someone is at the door to spray their hands with sanitiser. The small group has been asked to keep their masks on as much as possible, and refrain from eating on the bus. Talking in restaurants should be kept at a minimum.

For those living in Japan, such stringent measures would hardly raise an eyebrow. Most wear masks outdoors even after the government recently relaxed its recommendations. But for visitors from places where mask wearing is waning, or even disappearing, the strict rules might be more of a hindrance to a stress-free travel experience.

Even though Japan’s seven-day average of newly confirmed cases is the third-lowest among G7 nations, other countries with higher infection rates have opened their borders to tourists, many without pre-departure testing.

“It’s a lot of work just to get here,” said Sonya Miyashiro, who works for Regal Travel in Honolulu. “You’ve got to go through 2 1/2 hours of more stuff at the airport. So finally we got to our room, it was like, ‘Let me kiss the ground. I’m here.’”

The Japanese public is keen to know how this will all work out.

The small group of visitors was vastly outnumbered by local press who showed up to cover the first batch of tourists in two years. Photographers, TV crews and reporters followed them as they visited various spots. The local government’s tourism department sent a welcoming delegation.

“We have very high expectations with the reopening in June,” said Sachiko Hataya, director of Ibaraki prefecture’s international tourism division. “Infection prevention is critical” for local residents to accept the influx of tourists, she said.

The country’s airlines, hotels and retailers are eager to regain the business they lost since the onset of the pandemic. The small trickle of foreigners allowed into Japan last year spent 120 billion yen ($943 million). In 2019, they spent 4.8 trillion yen, or forty times more money, according to the Japan Tourism Agency.

More than a third of the pre-pandemic tourist spending was by visitors from China. That chunk is unlikely to reappear any time soon, given that Asia’s biggest economy has clamped down on inbound and outbound travel as part of its Covid-19 Zero policy.

Still, for the small group of travel professionals, the hassle was worth it. Many of their customers are Japanese Americans in Hawaii eager to visit. The bigger question is whether the world’s travelling public will agree.

“Pre-departure, arrival, departure PCR testing are the largest barriers right now for travel,” Li said, citing the risk of testing positive for Covid-19 just before or even during the trip. “Right now, that’s the biggest drag on travel as I see it.”