At least three dead in Philadelphia in latest US mass shooting 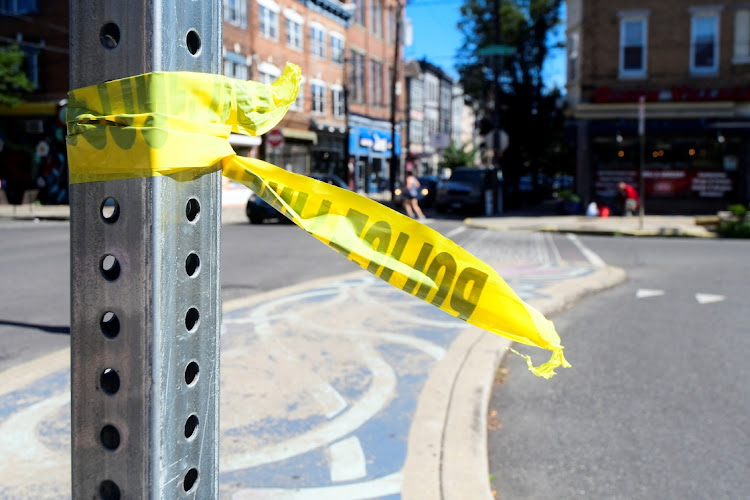 Police tape is pictured at a crime scene after a deadly mass shooting on South Street in Philadelphia, Pennsylvania, US on June 5, 2022.
Image: REUTERS/Bastiaan Slabbers

A mass shooting in Philadelphia left at least three people dead and 11 others wounded, police said on Sunday in the latest case of gun violence in the United States after recent massacres in Texas, New York and Oklahoma where dozens died.

A gunman opened fire in Philadelphia's busy South Street area, which has multiple bars and restaurants, around midnight on Saturday. Two men and a woman were killed, officials said.

"There were hundreds of individuals just enjoying South Street, as they do every single weekend when this shooting broke out," Philadelphia Police Inspector D F Pace said.

The incident followed recent shootings at a grocery story in Buffalo, New York, an elementary school in Uvalde, Texas, and a medical building in Tulsa, Oklahoma, that left dozens dead. Gun safety advocates are pushing the US government to take stronger measures to curb gun violence.

There have been at least 239 mass shootings in the United States so far this year, according to the Gun Violence Archive, a nonprofit research group. It defines a mass shooting as one in which at least four people are shot, excluding the shooter.

Philadelphia police officers observed "several active shooters shooting into the crowd," with one officer "within about 10 to 15 yards" of an individual firing into the crowd, police said. That officer fired at the suspect, they said.

The whereabouts of the shooters were not immediately known, Pace said. Two handguns were recovered at the scene, including one with an extended magazine, he added. There were no immediate arrests.

US President Joe Biden on Thursday called on Congress to ban assault weapons, expand background checks and implement other gun control measures to address the string of mass shootings.

A broad majority of American voters, both Republicans and Democrats, favor stronger gun control laws, but Republicans in Congress and some moderate Democrats have blocked such legislation for years.

A man shot and killed two women in the parking lot of a church in Iowa state on Thursday and then turned the gun on himself, police said, adding ...
News
2 months ago

A New York woman who was injured during the April 12 mass shooting aboard a New York City subway car has sued Glock Inc, arguing the gun manufacturer ...
News
2 months ago

Uvalde begins to bury its dead in wake of school massacre

The grieving Texas town of Uvalde began laying to rest the 21 children and teachers shot to death at an elementary school one week ago, with funerals ...
News
2 months ago

President Joe Biden flew to the Texas town of Uvalde on Sunday to comfort families ripped apart by the worst US school shooting in a decade as the ...
News
2 months ago