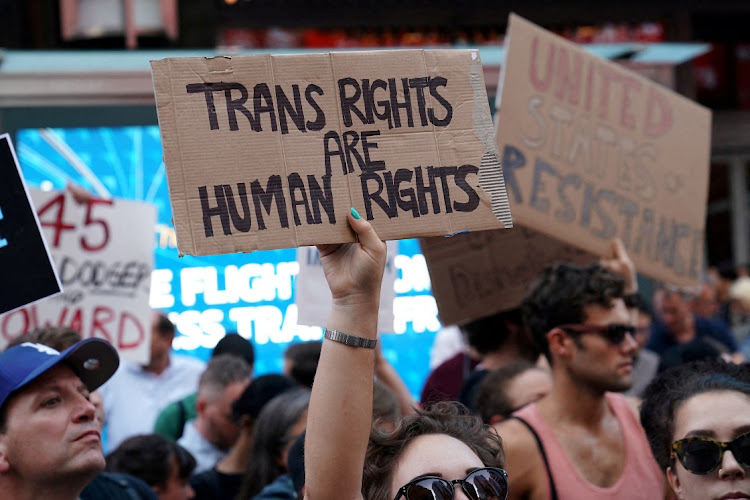 The bill binds schools and colleges in the Louisiana state and was approved by the Republican-controlled state legislature last month.
Image: REUTERS/Carlo Allegri//File Photo

Louisiana has banned transgender girls from joining girls' sports teams, the latest in a string of similar bans in US states with conservative Republican-controlled legislatures.

The bill binds schools and colleges in the state and was approved by the Republican-controlled state legislature last month with enough support to override any veto from Louisiana Governor John Bel Edwards, a Democrat who opposed the legislation.

Edwards said he would allow the bill to become law on Monday without his signature, telling reporters that it was obvious to him that even if he vetoed the bill it would still become law.

He has joined transgender rights groups in criticizing the bill as bigoted against a subset of young people who already face discrimination and violence. Edwards said there is no known example in Louisiana of a transgender girl joining or attempting to join a girls sports team.

"I hope we can all get to a point soon where we realize these young people are doing the very best they can to survive," Edwards said of the state's transgender youth. "I just think we can be better than that bill."

Last year, Edwards had vetoed similar a measure advanced by Republicans in the 2021 legislative session.

In March, the head of the U.S. Department of Justice's civil rights division wrote to state attorneys general across the country in support of transgender people, reminding the states' chief law-enforcement officials that it is illegal to discriminate against people based on gender identity.

SA is regarded as a safe country for LGBTQ+ travellers when it comes to legal rights, anti-discrimination laws, adoption recognition and trans legal ...
News
3 weeks ago

‘Much remains to be done’: Greece tries to go the distance on LGBTQ+ rights

It last month banned so-called conversion therapy for minors, a small but significant step in a long journey
Lifestyle
1 month ago

Former Mpuma Kapa TV resident pastor and founder of the God is Love Ministry Luthando Matodlana has been sentenced to seven years’ imprisonment for ...
News
1 month ago