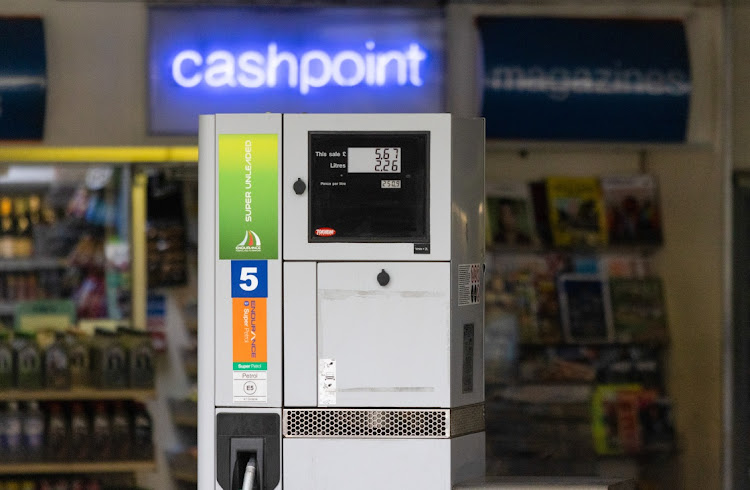 Litres and cost from a sale is displayed on a pump at a petrol station in London, UK, on Monday, June 13, 2022. Last week, UK fuel prices surged by the most in 17 years to underscore the inflationary pressures the country faces.
Image: Chris Ratcliffe/Bloomberg

Drivers around the world are tolerating record-high prices for road fuels, as mobility wins out for now over other spending in squeezed household budgets, data showed.

The high prices have not yet breached the pain threshold for drivers in major demand centres. But that might change once US drivers have to pay more than $6 a gallon and crude oil prices exceed $140 a barrel which could happen by year-end, analysts say.

Consumers have been changing their driving habits, with some, for example, opting not to fill their tanks to capacity, but this is yet to dent overall demand for fuel, data shows.

Drivers in the European Union have rarely paid more than $1.60 euros a litre to fill up diesel and petrol cars, and most of the time have paid well below $1.50, based on European Commission data dating back to 2005.

But since Russia's invasion of Ukraine in late February EU prices for diesel and petrol have shot up above $2 a litre more than once, with petrol, or gasoline, prices firmly lodged at that level.

Traffic in Rome and London last week easily eclipsed pre-coronavirus lockdown levels at the same time of year, while Parisian drivers have taken to the road in numbers similar to 2019, congestion data from navigation data group TomTom showed.

Madrid traffic congestion has been on the rise in recent weeks, but is still below 2019 congestion levels, much like in Berlin, the TomTom data shows.

On June 8, gasoline prices at British pumps hit a record high of 1.8073 pounds ($2.19) per litre, while diesel hit its own record of 1.8657 pounds, according to motoring body RAC Foundation.

Adjusted for inflation, this is likely to mark the highest price since records published by the House of Commons Library began more than 100 years ago.

A spokesperson for Germany's filling stations association TIV said even as prices climb, demand for fuel is holding up.

But he said some driving behaviours were changing. “ filled up a little less and then stopped refuelling at €30 ($31.34) or €40 and sometimes formed more carpools.”

In the US, gasoline averaged more than $5 a gallon for the first time on Saturday, data from the AAA showed.

TomTom data showed US drivers in New York and Los Angeles were holding back on journeys compared with 2019. But Patrick DeHaan, analyst at GasBuddy.com, which US tracks retail fuel prices, said he saw no demand destruction yet.

Asked about what price threshold may induce a fall in consumption, DeHaan said “I would think it would be $5.50 but certainly $6 (a gallon)“, up from around $5 currently.

Independent analyst Paul Sankey estimated that the point at which US gasoline demand declines is $6/gallon based on consumer behaviour in 2008, when crude oil prices last hit a major peak.

Chinese retail gasoline and diesel prices are currently at record highs. Strict lockdown measures in major metropolitan areas to contain the spread of the coronavirus in recent months have dented oil demand significantly.

In Japan, generous subsidies have kept current prices below a peak they reached in 2008.

The recovery in gasoline demand is still slow because the pandemic has not been fully contained and many consumers are still cautious, an official at Japan’s industry ministry said on Tuesday, adding that demand has not been dampened thanks to the subsidies.

Indian gasoline and diesel prices have cooled off after the government extended subsidies late last month. Still prices are only just under record levels seen in May.

Fuel consumption, however, jumped 23.8% in May from a year earlier at 18.27 million tonnes, based on Indian government data.

Analysts say that crude oil prices still have a long way to go before meaningful demand destruction kicks in to balance the market.

“A slowdown in consumption and substitution remains in the early stages...Pain thresholds will begin to take hold as we move into the summer period,” Ehsan Khuman, analyst at the bank MUFG, said.

While benchmark crude oil prices are above $120 a barrel, they are around $20 below the level where Khuman expects price-induced demand destruction.

The CEO of global commodities trader Trafigura said this month oil prices could soon hit $150 a barrel and go higher this year.