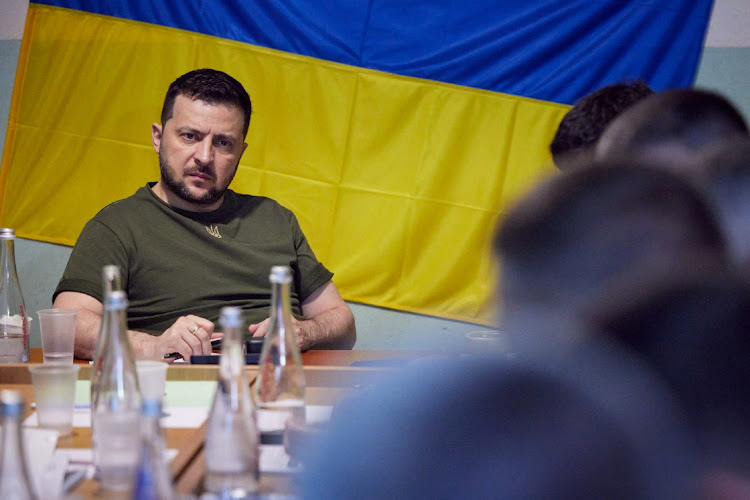 Ukraine's President Volodymyr Zelenskyy said on Monday that Africa was a "hostage" in the war with Russia, which had contributed to rising food prices on the continent.

African countries are acutely affected by the growing crisis, which has sent prices of grains, cooking oils, fuel and fertiliser soaring.

Russia and Ukraine account for nearly a third of global wheat supplies, while Russia is also a key global fertiliser exporter and Ukraine is a major exporter of corn and sunflower oil.

In a speech to African Union leaders, Zelenskyy said the continent had been caught up in a situation not of its making.

"(I) address you in a state of emergency, when we have a war. In an emergency for the whole world, when Africa is actually taken hostage. Hostage of those who started the war against our state," Zelenskyy said in a video speech to the Bureau of the Assembly of the African Union.

"This war may seem very distant to you and your countries. But catastrophically rising food prices have already brought it home to millions of African families."

Moscow rejects accusations it is deliberately blocking grain exports from Ukraine and says global food and fuel price hikes are due to Western sanctions imposed on Russia over the Feb. 24 invasion, which it calls a "special military operation".

In early June, Senegal's President Macky Sall said Russia's Vladimir Putin had told him he was ready to enable the export of Ukrainian grain to ease a global food crisis that was hitting Africa especially hard.

On Monday, Sall, who is also the chairman of the African Union, said on Twitter after Zelenskyy's speech the continent remained committed to respecting international law, peacefully resolving conflicts and free trade.

The war in Ukraine could last for years, the head of Nato said on Sunday, calling for steadfast support from Ukraine's allies as Russian forces ...
News
2 weeks ago