How to fight cost of living and climate crises? Save energy at home 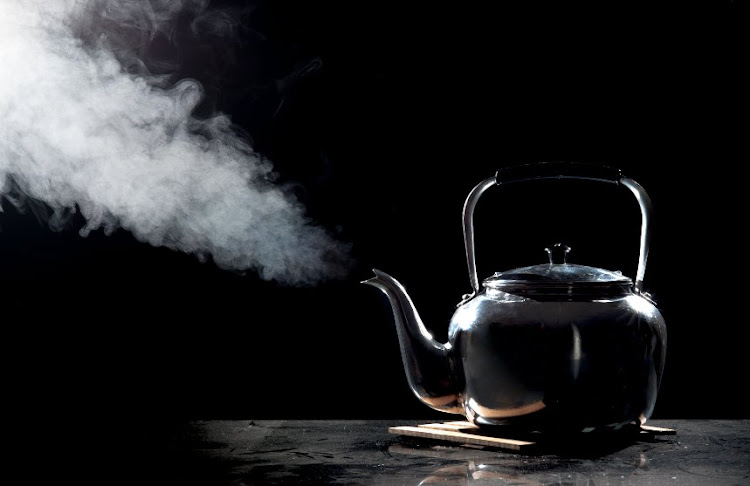 As energy and food bills rise faster than wages amid what is becoming widely dubbed a “cost of living crisis”, BEUC says its model could be easily and cheaply exported to other countries.
Image: 123RF/ showcake

When TV producer Hadrien Wastiaux began house-hunting in Brussels two years ago, he knew he would have to invest in some green home improvements if he bought an older building — but he didn't realise how much of a headache it would be.

“You're just completely lost at sea,” he said.

From grappling with endless bureaucracy, to difficulty accessing loans and information, he is almost at the point of looking for cheaper options outside the Belgian capital.

Wastiaux, 39, was surprised to find that making green upgrades would be so complicated when the benefits of saving energy are well-known, including its role in curbing climate change.

“It should be mandatory because we have no other choice,” he told the Thomson Reuters Foundation.

Cutting back energy use is the cheapest, most effective way to save on bills, while also reducing carbon emissions to slow the pace of global warming, energy efficiency campaigners say.

New analysis from the International Energy Agency (IEA) shows that doubling the current rate of improvement in energy intensity — the ratio of global energy supply per unit of GDP — to 4% a year could save the equivalent of China's annual energy consumption by 2030.

A global energy efficiency effort could reduce oil consumption by almost 30 million barrels per day — about triple Russia's production in 2021 — and reduce household energy bills by $650 billion a year by the end of the decade, it added.

As the war in Ukraine has disrupted international energy markets this year, the European Union's dependency on Russian oil and gas has made reforming wasteful habits more urgent.

“It has put the spotlight on the fact that energy savings are crucial to achieve energy independence ... and (that) energy efficiency policy has not been prioritised enough,” said Arianna Vitali, secretary-general at The Coalition for Energy Savings, a Brussels-based non-profit.

EU countries have some of the world's oldest housing stocks, with buildings accounting for more than a third of the bloc's carbon emissions.

Insulating homes better so that they absorb and lose less heat is a key way to economise on energy.

Insulating attics and roofs alone can save up to 14% of residential heating energy, according to the think-tank Buildings Performance Institute Europe.

The type of housing in some EU countries is another challenge. In Ireland, for example, single-family homes make up 80% of residential buildings, while in Spain and Estonia apartment blocks dominate.

Applying for renovation permits for multiple-occupancy buildings can run into legal and administrative barriers.

Spain is one country that has sought to address such bottlenecks, adjusting property laws in 2021 to lower the share of votes needed by joint property owners to kick-start a retrofit to a simple majority

“This is naturally simpler and easier to achieve than higher thresholds,” said Monika De Volder at BEUC, a Brussels-based NGO that defends consumer rights in the EU.

Finding the right information is crucial for starting renovation projects at home.

To help with this, energy efficiency campaigners are calling for local authorities in European cities to set up 'one-stop-shops' — virtual or physical spaces where homeowners can find everything they need to know for energy-saving upgrades.

EU countries have set aside money from their Covid-19 economic recovery funds for energy efficiency, ranging from about 3% in Hungary to 25% in Luxembourg, according to Bruegel, a European economics think-tank.

Spain has said it will invest in one-stop-shops, while Austria plans to provide advisers for low-income households.

BEUC emphasises that consumer support initiatives like these need to have enough trained staff to succeed.

In Brussels, Wastiaux said a new website called Homegrade, set up to answer questions about renovation projects, was already overloaded and he had been waiting for help for four weeks.

Another way of getting the message across about energy savings is via front-line workers.

The project ran across Bulgaria, Cyprus, Czech Republic, Latvia, Lithuania, Poland, Portugal, Slovakia and Britain over the past two-and-a-half years.

More than 1,000 front-line workers were trained, 16,000 consumers received energy advice, and cumulative investments in sustainable energy were calculated at 400,000 euros ($422,320), according to BEUC.

As energy and food bills rise faster than wages amid what is becoming widely dubbed a “cost of living crisis”, BEUC says its model could be easily and cheaply exported to other countries.

Affordability is another obstacle for energy-efficiency home renovations — but BEUC says green financing schemes can be a way to support households wanting to make the shift.

Buyers could qualify for them when purchasing a property that has a top energy performance rating, for example, or by making home improvements, such as swapping out single-glazed windows for thicker ones or installing a heat pump.

In Britain, Nationwide offers a cash rebate of 500 pounds ($613.65) on property purchases with a top-rated Energy Performance Certificate (EPC), while Barclays gives a lower interest rate on mortgages for new-builds with a top EPC.

Yet BEUC points to a skills gap in the banking sector on sustainable, green options.

“Lenders need to be trained and equipped with relevant offers, and to properly factor in the advantages of improved energy efficiency that leads to improved financial resilience (and a) lower risk of default,” said Guillaume Joly, a sustainable buildings expert at BEUC.

Transport is another area where consumers can make savings.

With US petrol pump prices hitting all-time highs, the IEA has suggested reducing speed limits on motorways by 10 kmph (6.2mph), working from home up to three days per week, car-free Sundays in cities, and cutting the cost of public transport.

But the challenge of changing habits remains one of the biggest obstacles to energy efficiency — something that economic shocks can catalyse.

Yet when it comes to climate action, media attention often spotlights large supply-side projects, like offshore wind power, while personal energy savings are largely invisible, partly because they are nerdy, he added, calling for more awareness.

“Instead of filming wind farms, journalists should visit a normal Danish home, sit in the nice warm living room and film a thermostat,” he said.