Clearing the path to vaccinating the world 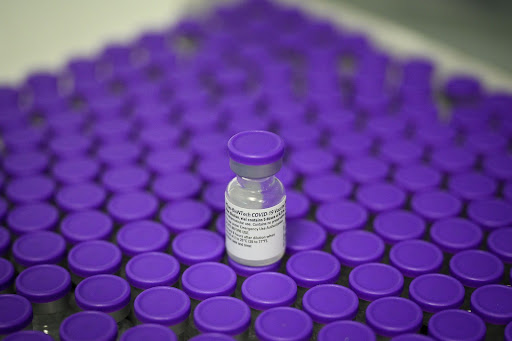 Manufacturers say rich countries will soon have more Covid-19 vaccines than they need. There’s no longer any excuse for failing to help the rest.
Image: Bloomberg

Manufacturers say rich countries will soon have more Covid-19 vaccines than they need. There’s no longer any excuse for failing to help the rest.

Manufacturers of Covid-19 vaccines say they’re now producing 1.5 billion doses a month and will have made 12 billion doses by the end of the year. In theory, that would be enough to meet the World Health Organisation’s goal of vaccinating 70% of the global population. The challenge is to ensure these vaccines go where they’re needed. Most of the doses coming off production lines appear headed for wealthy countries that will soon have more than enough.

By the end of the year, the US, UK, European Union, Canada and Japan could find themselves with more than 600 million excess doses, beyond what they’ve already promised to donate, even after offering booster shots. At that point, 20% of them may be too old to be used elsewhere. The G-7 countries have so far delivered less than 15% of the nearly 1.7 billion doses they’ve promised to give to low- and middle-income countries.

Much of the developing world remains almost defenceless against Covid-19. Countries accounting for 40% of the world’s population have administered two-thirds of vaccinations to date. Some 56 nations, mostly in Africa and the Middle East, have vaccinated less than 10% of their populations. United Nations Secretary-General António Guterres calls this “immoral” and “stupid,” and he’s right. Vast numbers are dying needlessly as the Delta variant courses through the developing world, to say nothing of the blow to the global economy and the potential for even more dangerous variants to emerge.

First, rich-country governments should demand much more information about producers’ plans. They need to see where, when and how many shots are expected to be shipped.

That will let them measure their own needs alongside planned supply and enable them to share excess doses more efficiently, instead of at short notice, often too late for the shots to be used. At his vaccine summit in September, President Joe Biden proposed a global dashboard to track vaccine production and delivery schedules. The US and others should press hard for manufacturers to comply.

Next, countries that already have enough vaccines should speed up their donations and make way for deliveries to go elsewhere when they’re not needed. Up to now, the global Covax partnership has fallen short, chiefly because it hasn’t been given the doses it was promised. This should be fixed.

Knowing when supplies can be expected and receiving them directly from the manufacturer rather than through donor countries would help as well. Advance notice is critical, especially for countries ill-equipped to handle the more fragile mRNA vaccines.

Third, rich countries should swiftly provide the $8 billion the WHO says is needed to help poor nations store, deliver and distribute vaccines. The infrastructure, cold chains and teams of vaccinators required to administer shots need to be scaled up now so they can handle the hoped-for surge in supplies.

The failure to deliver vaccines around the world is bad enough, but there’s an even bigger shortfall in financing for Covid-19 testing and therapeutics. Merck & Co.’s antiviral pill molnupiravir — which appears to cut the risk of hospitalisation and death by half if administered quickly — gives rich countries another way to help.

Merck has already struck licensing deals with several Indian generics makers. Rich-country support for additional production around the world could get quick results and save many lives. Subsidies for producing the components needed to make molnupiravir and other promising antivirals also make sense.

The longer the pandemic goes on, the greater its costs and risks — including for countries that have vaccinated most of their citizens. This is about self-interest as much as benevolence.