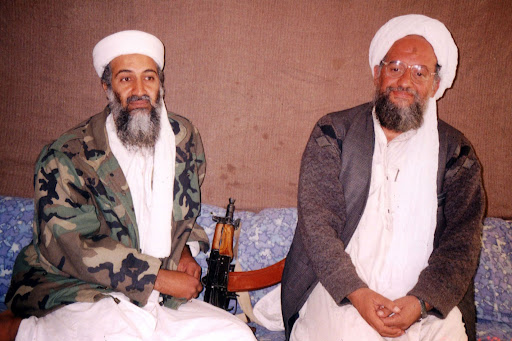 President Joe Biden said a US strike in Afghanistan over the weekend killed the leader of al-Qaeda, Ayman al-Zawahiri, calling him a longtime terrorist commander who helped plan the 9/11 attacks.
Image: Bloomberg

President Joe Biden said a US strike in Afghanistan over the weekend killed the leader of Al-Qaeda, Ayman al-Zawahiri, calling him a longtime terrorist commander who helped plan the 9/11 attacks.

“No matter how long it takes, no matter where you hide, if you are a threat to our people, the US will find you and take you out,” Biden said in remarks Monday evening at the White House.

The US withdrew hastily from Afghanistan a year ago as the victorious Taliban marched on Kabul. Thirteen American military personnel and scores of Afghans were killed in a terrorist bombing as the withdrawal was under way.

But Biden said the strike in Kabul showed that the US remained a force to be believed with in the region, and won’t let Afghanistan again become a terrorist “safe haven.” He said that the killing also backed up his insistence, before the withdrawal, that the US could reach its enemies in the country even without a military presence within its borders.

“When I ended our military mission in Afghanistan, almost a year ago, I made the decision that after 20 years of war, the US no longer needed thousands of boots on the ground in Afghanistan to protect America from terrorists who seek to do us harm,” he said.

The drone strike had been planned for weeks, according to a senior administration official, and included a scale model of Zawahiri’s house in Kabul that was displayed in the White House situation room. Biden studied the model and questioned intelligence officials about various factors that could affect the strike and minimise civilian casualties, including its construction and the weather, the official said. The official added that Zawahiri was killed when he ventured out onto a balcony.

Biden said “none of his family members were hurt and there were no civilian casualties.”

Zawahiri, 71, was born into a prominent Egyptian family that included professors and an ambassador and became a surgeon.

From a young age, Zawahiri reviled Egypt’s secular government, which he considered apostate. He and a handful of friends started a jihadist cell while he was still in high school. Their goal was to overthrow the Egyptian leader Gamal Abdel Nasser, whom they considered too Western, and establish a theocracy, according to Fawaz Gerges, author of “The Far Enemy: Why Jihad Went Global.”

He was charged by US prosecutors with having a role in the 1998 terrorist bombings of the American embassies in Tanzania and Kenya. He took over the leadership of Al-Qaeda in 2011, shortly after American forces killed Osama bin Laden, a founder of the group, in Pakistan.

He also took responsibility for the 2005 bombing on London’s transport system that killed 52 people.

The State Department had offered a reward of as much as $25 million for information leading to Zawahiri’s capture. In a briefing for reporters, administration officials revealed little about how Zawahiri’s home in Kabul was located, saying that they relied on multiple intelligence sources and methods and no US personnel were on the ground in the city.

The Taliban government was not notified in advance of the strike, they said. The officials asked not to be identified as a condition of participation in the briefing.

Senator Marco Rubio of Florida, the top Republican on the Senate Intelligence Committee, told reporters that lawmakers had been briefed on the US counterterrorism operation. He applauded the military and intelligence community in a statement that didn’t mention Biden.

Officials declined to say where the drone that attacked Zawahiri’s house was based, citing operational security concerns.

The strike allows the Biden administration to claim vindication in its disputed pledge that the US would still be able to strike terrorist targets even after pulling US troops out of Afghanistan.

“To those around the world who continue to seek to harm the US, hear me now: We will always remain vigilant and we will act,” Biden said. “We will always do what is necessary to ensure the safety and security of Americans at home and around the globe.”

A spokesperson for Afghanistan’s Taliban leaders said on Twitter Monday, before Biden spoke, that a US attack had struck a house in the Sherpur district of Kabul.

“The security and intelligence agencies of the Islamic Emirate investigated the incident and found that the attack was carried out by American drones,” according to the spokesperson, Zabihullah Mujahed.

He didn’t provide information on casualties. He condemned the assault as “a clear violation of international principles.”

Secretary of State Antony Blinken, in a statement late Monday night, said the Taliban had violated “repeated assurances to the world that they would not allow Afghan territory to be used by terrorists to threaten the security of other countries. They also betrayed the Afghan people and their own stated desire for recognition from and normalisation with the international community.”