Food prices are falling. Why is there still a hunger crisis?

As quickly as it blew up, the food crisis of 2022 appears to be receding 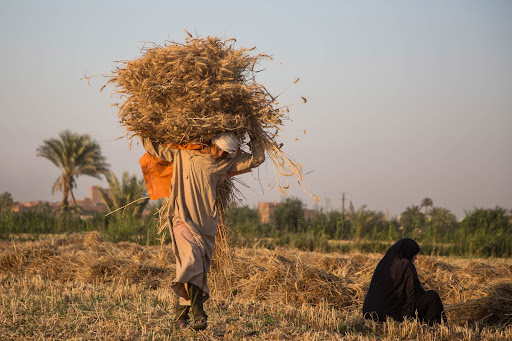 Cost is just one part of the equation: war, civil unrest and climate disasters all drive starvation and hinder recovery.
Image: Bloomberg

As quickly as it blew up, the food crisis of 2022 appears to be receding.

It’s now trading around $8, a fall of more than a third. Indonesia halted exports of palm oil in April in the face of a similar price spike. Prices are now down more than 40% from the peak. Corn prices fell by nearly a quarter since the start of May. Sugar and arabica coffee beans have hit respective one-year and nine-month lows in the past few weeks.

It’s tempting to see this as a sign that the crisis that has pushed the world’s population of hungry people to its highest level since the mid-2000s is finally ending. Sadly, that’s unlikely to be the case.

That’s because, for all the attention they direct towards the problems of food insecurity, the pricing of agricultural commodities contracts on major exchanges is only one of many factors contributing to hunger in the world — and in many cases, it’s not even the most important.

Few of the world’s hungry, for instance, are paying for their food in US dollars. That means that currency fluctuations can be every bit as important as shifts in commodity price benchmarks in determining the price paid on the ground.

The rise in commodity prices since the end of 2021 has pushed the price of US dollar wheat up about 23% — but the devaluation in the Egyptian pound has been even more damaging, adding another 25% to local currency prices. In Turkey, the third-biggest wheat buyer, the collapsing lira has added about 171% to costs. In Pakistan, the rupee’s slump has made it 53% more expensive.

Those currency effects can be long lasting. Import-dependent emerging economies often subsidise food sourced from abroad, putting strain on the government budget whenever commodity prices rise. Most countries’ public finances are already under unprecedented strain now thanks to the Covid-19 pandemic, so there’s little room for further deterioration.

Should shrinking government budgets and foreign exchange reserves cause a currency crisis a year or two down the line, even falling dollar food prices won’t be enough to stop the local cost of imported produce climbing further.

That’s not the only way that Covid-19 is causing long-standing aftereffects for the food sector. The number of people employed globally dropped in 2020 for the first time in at least a generation, as more than 100 million were laid off or stayed home to cope with the effects of the pandemic.

A similar number, 97 million, have been driven below the global poverty line of $1.90 a day. Incomes for the bottom 40% of the world’s population were down 6.7% last year from levels expected before the pandemic, compared to a 2.8% drop for the wealthiest 40%.

Food prices increased by 1.3% in July — households underspend on nutrition

A trip to the shops will cost 1.3% more than it did in June, according to the latest household affordability index.
News
3 weeks ago

The result has been a smaller pool of income available to pay for nutrition, compounding the problems of a strained public sector. As Nobel-winning economist Amartya Sen showed in his landmark 1981 study on famine, most episodes of severe hunger are caused not by an absolute shortage of food, but by the price of food rising beyond the capacity of the poorest members of society to pay for it.

Those problems are compounded by conflict, still the most important cause of hunger worldwide. War and unrest can choke off supply chains, crash currencies, destroy jobs and raise prices all at once. The war in Ukraine is only the latest instance of such breakdowns. The number of people displaced by strife, a decent proxy for the global human toll of unrest, in late 2021 hit its highest level since records began, according to the United Nations High Commissioner for Refugees — up 8% from a year earlier, and double its level a decade ago.

Finally, there’s the impact of climate and weather disasters to consider. For people in low-income countries most at risk of starvation, the prices of global commodities are often almost irrelevant, because they lack the cash or the supply connections to buy from international markets.

Indeed, in parts of the world dependent on exports of cash crops such as palm oil, cocoa, or coffee, falling food prices are as likely to cause problems as rising ones by choking off incomes for farmers. That makes floods like those that swept through Pakistan last week, or drought like the one that’s ravaged eastern Africa in recent years, as much of a threat as geopolitics.

Falling food prices, should they be sustained, may at least provide some relief for the world’s 768 million undernourished people. They won’t be enough to turn the tide on four years of rising food insecurity. To do that, the world needs to address deeper-seated problems, from the long-run impact of Covid-19, to the persistent effects of inequality, war and conflict.