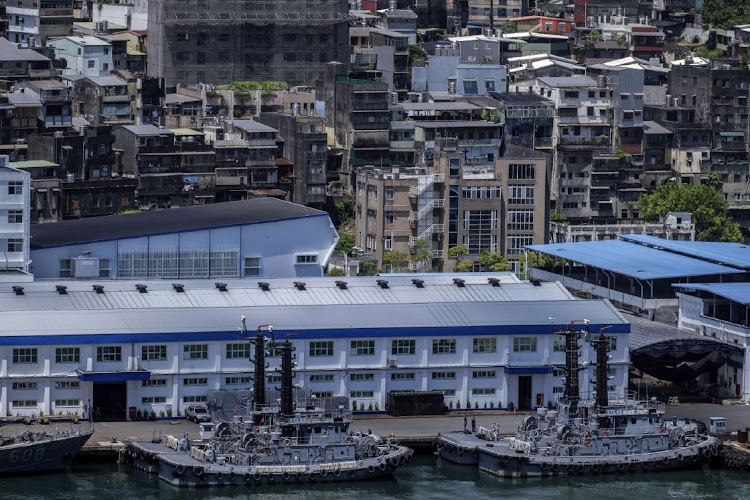 Taiwan Navy ships at the Port of Keelung in Keelung, Taiwan, on Thursday, August 4, 2022. China's military fired missiles into the sea as it kicked off three days of live-fire military exercises around the island in response to US House Speaker Nancy Pelosi's visit, even as Taipei played down the impact on flights and shipping.
Image: Lam Yik Fei/Bloomberg

China's military made multiple brief incursions of the median line dividing the Taiwan Strait starting on Wednesday night and continuing through Thursday morning, a Taiwan source briefed on the matter told Reuters.

During that time, about 10 Chinese navy ships briefly crossed the median line before they were "driven away" by Taiwanese navy boats, said the person, who declined to be identified due to the sensitivity of the matter.

By midday on Thursday, military vessels from both sides remained in the area and in close proximity.

"They sneaked in, and were driven away by us," the Taiwanese source told Reuters.

"They flew in and then flew out, again and again. They continue to harass us and increase our air defence pressure."

China is conducting targeted military drills in zones surrounding Taiwan which it said were launched following the visit of US House Speaker Nancy Pelosi to Taipei earlier this week.

Taiwan is preparing its air-raid shelters as rising tension with China and Russia's invasion of Ukraine raise new fears about the possibility of a ...
News
1 week ago