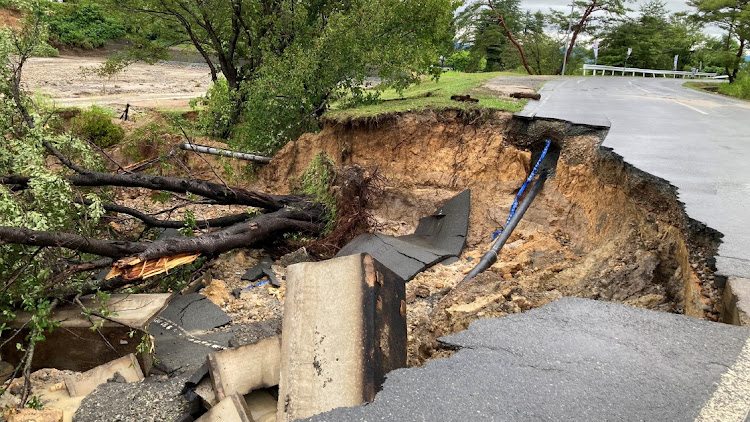 A view of a road damaged by rain in Kawanishi-machi, Yamagata Prefecture, Japan August 4, 2022, in this picture obtained from social media.
Image: TWITTER @ximaverse/via REUTERS

At least three people were missing and thousands in northern Japan were ordered to evacuate on Thursday after torrential rains pounded the area, flooding roads and causing rivers to burst their banks in some regions. 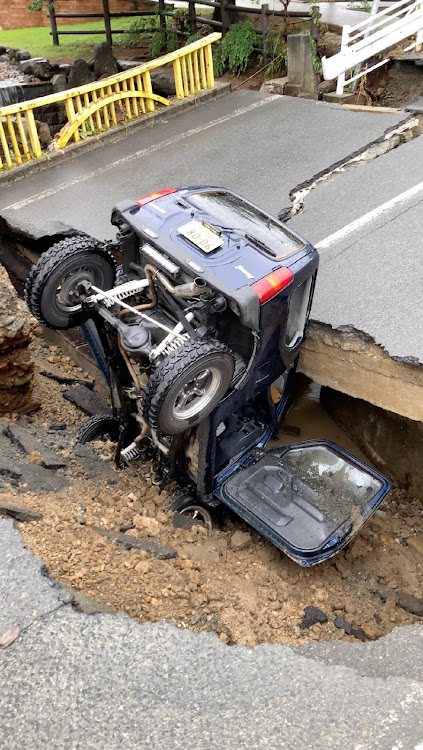 A view of a damaged vehicle on a road damaged by rain in Kawanishi-machi, Yamagata Prefecture, Japan August 4, 2022, in this screen grab obtained from a social media video.
Image: TWITTER @ximaverse via REUTERS

More than 500mm (19 inches) of rain had fallen in one part of Niigata prefecture in the 24 hours to 1:00pm (0400 GMT), NHK public television said, prompting authorities to issue the highest possible level of disaster warnings in some areas.

Bridges were cut and roads were flooded, television footage showed. Service along one portion of a Shinkansen superfast train line was suspended.

Roughly 500,000 people were ordered to evacuate in Niigata, Ishikawa and Yamagata prefectures, the Fire and Disaster Management Agency said, but there were no immediate reports of fatalities.

Though the affected areas are largely rural, they are also home to a number of factories.

Major chipmaker Renesas Electronics Corp temporarily suspended operations at its factory in Yamagata, northern Japan, after local authorities issued a warning over heavy rains on Wednesday evening but said operations were mostly back to normal.

Technoflex Corporation said it was suspending production at a factory in Murakami due to a power outage and flooding until the situation stabilised.