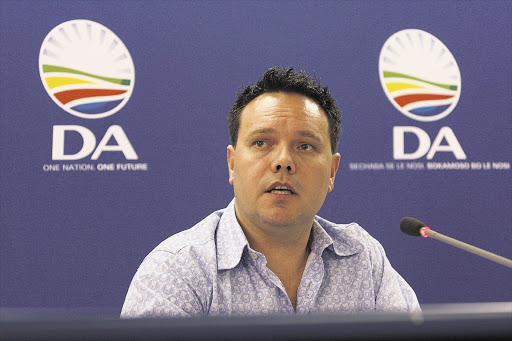 Western Cape premier Helen Zille's office has awarded a communications tender worth a potential R1-billion to an advertising agency without following proper procedures and regulations.

The agency, TBWA Hunt Lascaris, was awarded a contract to take over all the communication needs of the 10 government departments in the Western Cape.

But the tender was not publicly advertised or placed on the government tender bulletin, as required by Treasury regulations.

A scathing review compiled by the province's own treasury found that the process to appoint TBWA "revealed a lack of control measures and good governance principles".

But the same department endorsed the tender process anyway, saying the flaws amounted to a "learning experience".

The two-year contract is now so broad that it includes:

Among those on the committee that decided on the tender were top Zille advisers, including DA chief strategist Ryan Coetzee; Gavin Davis; Paul Boughey, now special adviser to Cape Town mayor Patricia de Lille; and Zille's communications director, Nick Clelland-Stokes. The four are known in Western Cape government circles as the "supreme group", the brains behind the strategies of the DA-led government.

"It is well known in DA circles that nothing moves or no decision is taken without Ryan and the supreme group," said a whistle-blower who said he would lodge a complaint with the public protector over the tender.

The tender was initially described as a R1.5-million contract for the premier's office when the agency was appointed in November 2010.

But, in June this year, the province's director-general, Brent Gerber, told all provincial departments that the province had chosen TBWA to develop a common brand, effectively ordering them to use the agency.

This meant the agency mandate would be expanded to cover all provincial departments, effectively boosting the amount initially agreed from R1.5-million to anything up to R500-million a year.

For such a step to be taken, a new tender process should have been started, with the bid being publicly advertised and companies being invited to apply for the tender.

Gerber told the Sunday Times that Treasury regulations permit departments to participate in a contract arranged by another department.

But he could not say why the departments were not invited to be part of the process to select TBWA and why they were made to sign retrospective contracts with the company nine months after the contract was concluded.

He denied that the contract was now worth up to R500-million a year, saying the figure was between R20- and R50-million. But the provincial budget shows that the Department of Health alone has an annual communications and advertising budget of R90-million.

The Treasury also raised questions about the role played by Yardstick, a Cape Town marketing and communications consultancy, to run the entire selection process.

"The manner in which the (supply chain management) process has been followed, for all intents and purposes, revealed a lack of control measures and good governance principles."

Gerber, however, rubbished the Treasury report, saying its views were "incorrect".

"This was the view of the provincial treasury at the time. It was incorrect. I have studied the details of this process and am satisfied that this bid was appropriately managed."

Robin Mailer, a senior consultant at Yardstick, said there was nothing untoward about his company's involvement in selecting the winning bidder.