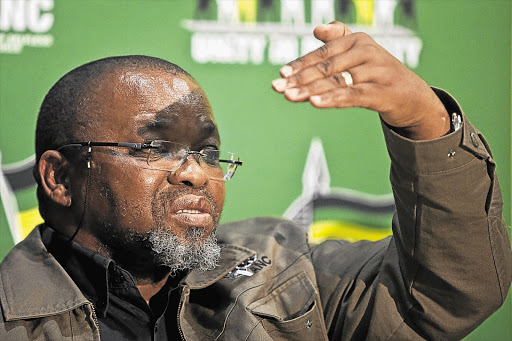 ANC secretary-general Gwede Mantashe has defended the deployment of cadres to senior government positions, saying there was nothing wrong with it if the "comrades" had the skills.

"It cannot be a sin to give black people operational opportunities simply because they are black. We can't have a situation where whites still hold the senior positions they held prior to 1994," he said.

Speaking at the 93rd conference of the National Teachers' Union in Empangeni, KwaZulu-Natal, Mantashe was responding to IFP leader Mangosuthu Buthelezi's speech read by its treasurer, Narend Singh, in which Buthelezi lambasted the ANC for cadre deployment.

"Another factor which has bedevilled our education system is the ruling party's policy of cadre deployment.

"Through this policy, people have been placed in the positions for which they are not qualified.

"It has competent people from unions which are not aligned to the ruling party being overlooked for positions and promotions," said Buthelezi.

"Once you say cadre deployment is wrong, you equate it to throwing a child with a bucket in it. Let's not vilify the system of giving black people positions. I am not arguing deliberate distortion of appointment, but if a black person has the required skill, he must be given the position," he said.

Mantashe also said he was fed up with those who complained about black economic empowerment.

"Why complain when a black person becomes rich and accept it when it's a white person? I am always happy when I see black people climbing the ladder because I see that as an achievement."

Mantashe also spoke about the debates that raged and complaints that were raised during the nomination and subsequent appointment of Chief Justice Mogoeng Mogoeng by President Jacob Zuma.

"The complaints on the appointment were a proxy war on president Zuma. It had nothing to do with Mogoeng himself because to me, he is the third-highest serving judge. This was ethnicity in action," he said.