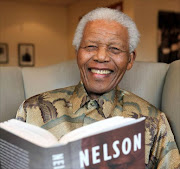 Former president Nelson Mandela has been ranked first in a perception assessment of 54 of the world's most visible leaders, according to the Reputation Institute.

President Jacob Zuma came 35th, behind the likes of actress Angelina Jolie (12th), the institute said in a statement on Wednesday.

Mandela, who has retired to his home in the Eastern Cape, beat tennis star Roger Federer, who came second.

Just over 51 000 members of the general public in 25 countries were asked to assess these individuals using the institute's "RepTrak Pulse" to measure their reputation on a 0-100 point scale based on four attributes in April-May 2011.

These were the degree to which a person is liked, respected, admired and trusted.

The institute said Mandela's powerful story of offender to beloved first president of South Africa had made him a symbol of the worldwide struggle against injustice.

He was a continuing source of inspiration to people the world over, the institute commented.

Federer, a five-time US Open tennis champion, was admired as much for his on-court results as for his off-court charitable efforts.

Like Mandela, Federer had a passion for South Africa and its people, "due no doubt to his mother's heritage", the institute said. (Federer's mother, Lynette, is South African. His father, Robert, is Swiss).

At the other extreme, the public gave its weakest ratings to leaders deemed "anti-democratic".

Trophy rich golfer Tiger Woods also sat near the end of the list.

"The results of Reputation Institute's study confirmed that people respect leaders that participate in philanthropic activities outside of their own celebrity."