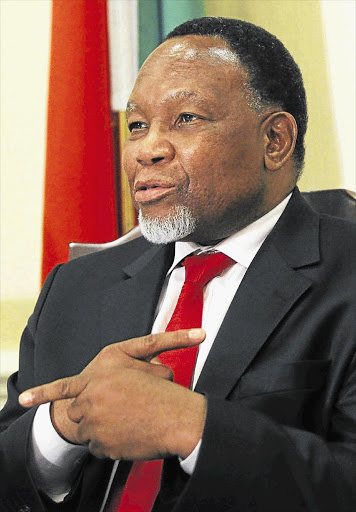 The Desmond Tutu Peace Centre has written to Deputy President Kgalema Motlanthe challenging him to allow the Dalai Lama to enter the country.

After Motlanthe was reported as saying that the government would have given the Dalai Lama the visa had he not cancelled his trip, centre CEO Dumisa Ntsebeza said last night that, if that were the case, Motlanthe must "announce to the world" that the visa was ready for the Dalai Lama to collect.

He said the centre would then ask the Tibetan spiritual leader to travel to the country.

Motlanthe's spokesman, Thabo Masebe, said: "The deputy president is not involved in issuing visas. He was merely expressing the fact that the South African government does not have a problem with the Dalai Lama."

South Africans from all walks of life yesterday rallied around retired archbishop Desmond Tutu, who on Tuesday lashed out at the way the government had treated the Tibetan spiritual leader when he applied for a visa to attend Tutu's 80th birthday celebrations this week.

"I am warning you, one day we will start praying for the defeat of the ANC government. You are disgraceful!" he fumed.

British billionaire Richard Branson also entered the fray, revealing in his blog that he had personally written to President Jacob Zuma about the Dalai Lama's visa. He said he had introduced the Buddhist leader to former president Nelson Mandela. He said it was therefore sad to see South Africa "bowing to pressure from China".

He said he wrote to Zuma last week urging him to reconsider, but had not received a reply.

Former health and public enterprises minister Barbara Hogan also added her voice to the chorus of support for Tutu.

"I believe there is no excuse for the utterly disrespectful and shoddy way that the Dalai Lama and Archbishop Tutu have been treated by our government. What has happened to the principles and values of our struggle days?" said Hogan.

In 2009, she was hauled over the coals for criticising the government when the Dalai Lama was first refused a visa.

Chief Rabbi Warren Goldstein said: "I . call on all South Africans to support the archbishop and the Dalai Lama by embracing the values of respect, human dignity and tolerance."

"A sad old man who thought that you guys approximated the kind of values that we support. What has happened is unconscionable. It isn't anything that anyone of us are able to justify," Tutu said.

Sexwale retorted: "I want to say, ntate (sir), please don't pray against our government. There are shortcomings and mistakes . It is very unfortunate because I want to say you are somebody I love and respect very much." - Additional reporting by Retha Grobbelaar