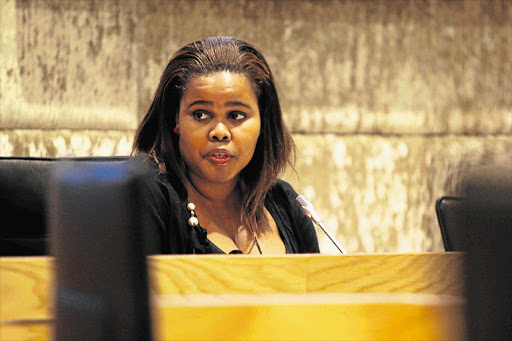 A prominent black Democratic Alliance MP has slammed the candidacy of Lindiwe Mazibuko as "window dressing" ahead of next week's party's elections for parliamentary leaders.

Masizole Mnqasela said in a statement that electing Mazibuko as leader would "defeat the DA's objective of trying to attract black votes".

He also accused DA leader Helen Zille of "actively campaigning" for Mazibuko, which was "foreign to the culture of the DA".

Mnqasela said the endorsement of Mazibuko by "those whose appetite is on centralisation of the decision-making in the party" was "based on nothing but obsession with power".

He also described the election battle between Mazibuko and current parliamentary leader Athol Trollip as a "debacle".

Mnqasela said he had decided to endorse Trollip after Zille and then mayor of Cape Town Patricia de Lille, came out in support of Mazibuko.

Numerous DA MPs have told the media that Mazibuko is Zille's candidate.

"We are doing bean counting and sugar coating by simply anointing those who are close to and favourites to the senior leadership of the party in the name of diversity, without any reasonable focus on attracting black voters," Mnqasela said.

This was "inconsistent with the vision and objectives of the party and is in complete contrast to the philosophy of an open opportunity society for all", he insisted.

He said Zille was a full member of the DA parliamentary caucus and there was nothing "foreign" about her expressing "her opinion as anyone else".

Mnqasela said Mazibuko did not have a "strong resonance with black constituencies" and will "defeat our objective of trying to attract black votes".

He said DA voters around the country did not feel that Mazibuko represented them as black people in the DA.

"We need a leadership that is diverse and reflective of our country's demographics . but we will not allow that the diversity and transformation agenda be driven under the disguise of window dressing. We need real transformation in the DA," Mnqasela said.

So far six MPs having come out in support of Mazibuko, and two in support of Trollip. The Trollip camp, however, says it wants to keep the caucus internal since only DA and ID MPs will get the opportunity to vote for the party's parliamentary leader.

Earlier this week, DA MP Donald Lee came out in support of Mazibuko saying she represented "the new generation of South African leader".

Breaking ranks with the DA's Eastern Cape caucus of which he is a member, and which is supposed to be supporting Trollip, Lee said Mazibuko was a "dynamic leader" who had come from within the DA's ranks.