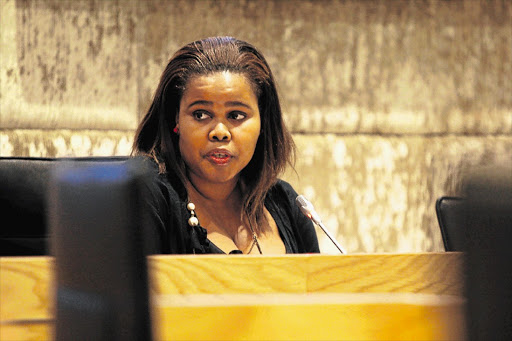 Lindiwe Mazibuko has been resoundingly elected as the Democratic Alliance's new parliamentary leader after she trounced Athol Trollip by 50 votes to 31 in the party’s caucus election on Thursday morning.

Mazibuko’s overwhelming victory not only makes her the youngest MP - at 31 - to lead a party in parliament but also the first black female to be leader of the official opposition in the National Assembly.

In her position as DA parliamentary chief, Mazibuko will lead her party’s parliamentary oversight on President Jacob Zuma and his deputy, Kgalema Motlanthe.

The results of the DA caucus elections were announced at a press conference in parliament by party leader Helen Zille, flanked by both Mazibuko and Trollip.

Mazibuko’s victory will see wholesale changes being made to the DA’s leadership in parliament.

NCOP MP Watty Watson is set to take over from Ian Davidson as chief whip in the National Assembly, while Wilmot James will replace James Masango as chairman of the caucus.

Zille paid tribute to the outgoing Trollip, saying he had added “enormous value” to the DA during his two-and-a-half-year stint as parliamentary leader.

“What I want to say about Athol’s leadership is what enormous value his leadership skills, his ability and his sacrifices over many decades have brought to the DA,” she said.

Mazibuko said she would continue to share the DA’s frontline benches in the National Assembly with Trollip until Speaker Max Sisulu had been informed of the changes in the party’s leadership structures.

Trollip said he would remain in parliament as an ordinary MP until his five-year term expires in 2014.