5c coin to be discontinued 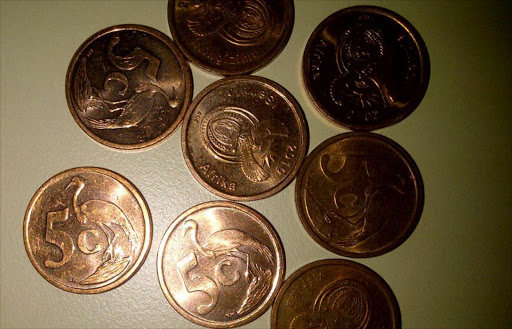 The cabinet had noted the discontinuation of production of the five-cent denomination coin with effect from April 1 next year, he told reporters in a briefing on the cabinet's last regular Wednesday meeting of the year.

The cabinet had also noted the replacement of the 10-cent denomination coin with a new coin with effect from the same date, he said.

The metal content would change from the previous bronze-plated steel to copper-plated steel. This would result in the reduction in cost of producing these coins.

The coins would now be promulgated in a Government Gazette, Manyi said.