'I do' Zizi and Zama tie the Kodwa knot in style 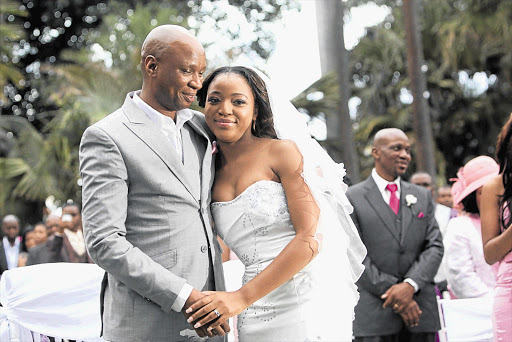 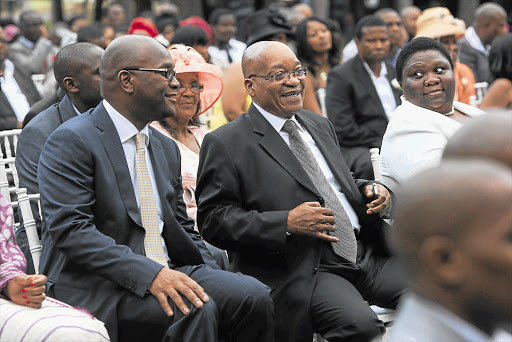 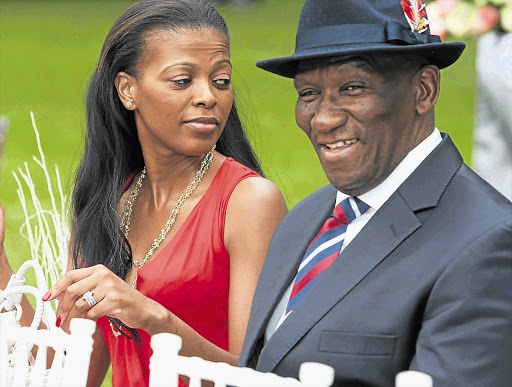 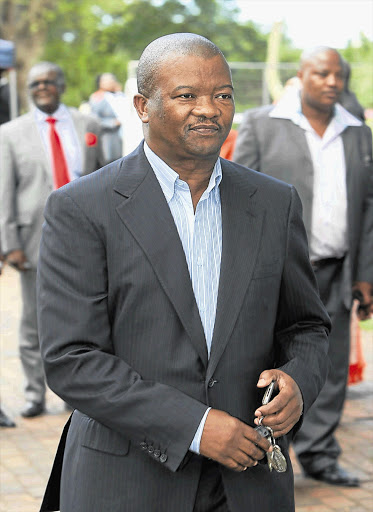 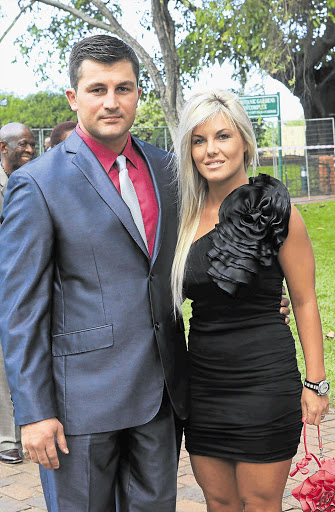 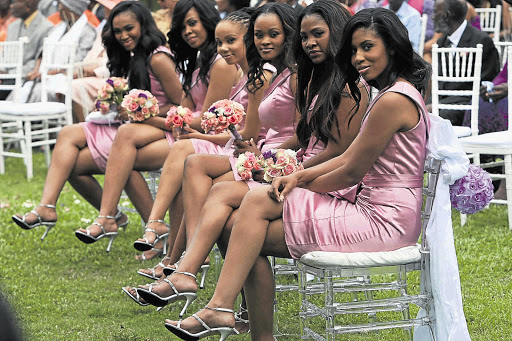 A carpet of peach and cream rose petals created an aisle to a gazebo on the banks of the lake where Kodwa, 42, and Zama Ngubane, 26, exchanged vows in front of more than 500 guests.

There were interested glances when suspended national police commissioner Bheki Cele and his wife, Thembeka, arrived.

There was an army of police officers, and the presidential protection unit carried out security checks throughout the morning.

The media, seated in designated areas, were given just 10 minutes to take pictures of the couple and decor.

Kodwa arrived in a white Porsche Panamera shortly after Zuma's black chauffeur-driven 7-series BMW, which was accompanied by armed members of the presidential protection unit.

The groom's entourage and best man wore grey suits with pink pocket handkerchiefs. All the outfits were designed by Molingoana.

The service was conducted by ANC chaplain the Rev Vukile Mahana and guests were entertained with traditional Xhosa songs.

When the couple exchanged wedding bands, Kodwa gave his bride a tanzanite and platinum ring.

In the marquee, the tables were covered with peach rose petals and sported centrepieces that included miniature crystal chandeliers.

Siyanda Mwandla, one of the wedding coordinators, described the ceremony as "simple yet elegant".

The menu featured a variety of traditional dishes. Caterer Gary Clayton said Kodwa had wanted a simple but "scrumptious" menu.

"The menu included a lot of Zizi's favourite dishes ... including roast beef served with gravy, samp and beans with tripe, and traditional Durban mutton curry," he said.

The dessert included a variety of fruit salad dishes.

Kodwa and Ngubane had kept details of their wedding secret beforehand as, they said, it was a private affair.