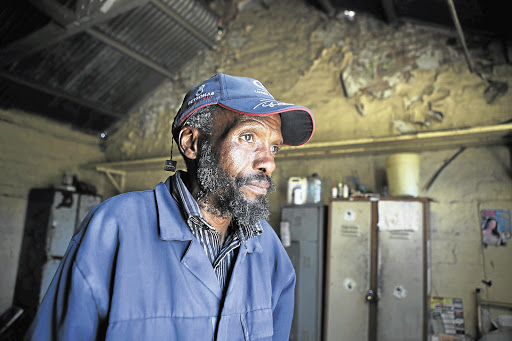 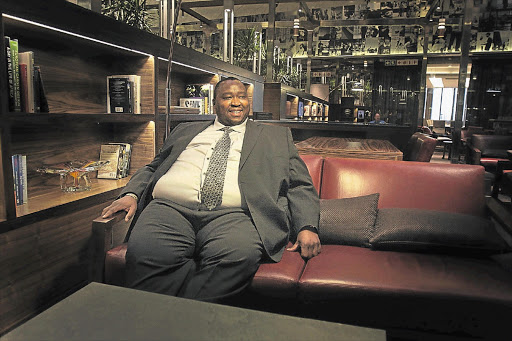 While Khulubuse Zuma is living large, his abandoned workers make do with bread and water

PRESIDENT Jacob Zuma's controversial nephew and mine owner, Khulubuse, splashed out over R1-million on a Maserati for his fiancée.

Today, the Sunday Times can reveal how, last Wednesday night, he gave the 2009-model silver Maserati, which retails for between R1-million and R1.6-million, to Fikisiwe Dlamini at Durban's five-star Oyster Box Hotel.

This as some of the more than 700 destitute miners at his liquidated mines - Grootvlei in Gauteng and Orkney in North West - are left destitute and unable to go home for Christmas, as they have not been paid for two years.

This week, they cried as they described how they survived on scraps of bread and water.

One of them, Paul Motloung, 51, lives in the hostel at Grootvlei. He has not spent Christmas with his family in Lesotho since December 2009.

"My family is very angry that, once again, I'm not coming home for Christmas. But how will I get home, as I don't even have a cent?" said the father of nine.

He earned R2100 a month until 2009 and lives in a derelict room in the hostel, which has no electricity or running water.

"I don't even know if I will have a meal on Christmas Day. Anyway, there's no Christmas for me. All I have is water."

Mine locomotive operator Bongani Myeni said he was also "stranded".

The father of five from Swaziland has not seen his children since June last year.

Myeni, whose work permit has even expired, said: "I'm stuck here and can't even look for a job anywhere else, as I could be arrested any time."

He said he didn't know what he would be doing for Christmas. "I just worry more about my five starving children back home."

Khulubuse co-owns Aurora Empowerment Systems, which owned the mines, with former president Nelson Mandela's grandson, Zondwa. The company has since been placed under liquidation and the two are accused of asset-stripping.

Last month, Khulubuse refused to testify in an inquiry held before the master of the High Court in Pretoria to determine what happened to the mine's assets and money meant for workers.

His lawyers told the hearing he was ill and could not give evidence because he had one kidney and suffered from a heart condition due to obesity.

This week, neither he nor his lawyer, Ahmed Amod, responded to cellphone and text messages, faxes and even letters left at their homes and offices.

Staff and bystanders at the Oyster Box, meanwhile, told this week of how Dlamini cried in the parking lot of the hotel when given the car keys.

"She was crying with happiness and did not know what to say," said a witness.

Khulubuse, a director and shareholder of more than 20 companies, is a regular at the hotel, where he spends at least R10000 a night at least twice a week on cognac and imported Cuban cigars - including King Louis XIII de Remy Martin cognac, which sells for R1000 a tot. He also tips some of the staff about R500 each.

Khulubuse was in Swaziland this week to console his fiancée, whose mother has just died.

Dlamini was one of the bridesmaids at the wedding of President Zuma's son, Edward, in October and, according to a friend, drove a Range Rover until recently.

Khulubuse, a former taxi driver, booked a return airline ticket for her to fly from Johannesburg to Durban just to test-drive her new wheels.

The couple are due to marry in April.

On Wednesday, outraged trade union bosses threatened to use every possible avenue to get him to pay the miners, owed over R4.5-million in wages.

They said the miners and their families were forced to survive on food hand-outs from communities around the mines.

National Union of Mineworkers (NUM) spokesman Lesiba Seshoka said Khulubuse's lifestyle was an insult, especially as many of the workers could not even afford taxi fares to spend Christmas with their families.

"They are praying for a miracle. We have also been trying to help them with food parcels ... [but] the only thing most of the miners want is to get their wages and go home," he said.

"It's just not fair ... here you have a person like Khulubuse, who is living so large and buying expensive cars, while the other people are being treated like dogs," said Seshoka.

In April, the Sunday Times revealed that Khulubuse was known to spend between R3000 and R15000 on a night out at cigar lounge, Cubaña, in Durban's Florida Road.

Nine months ago, he also raised eyebrows after pledging R1-million to the ANC at a fundraiser in Durban - on the same day as trade union Solidarity revealed that a miner had committed suicide by drinking ant poison because he had not been paid.

Solidarity has accused Aurora of causing the loss of more than 5300 jobs at the mines it acquired from Pamodzi Gold in October 2009. - Additional reporting by Taschica Pillay