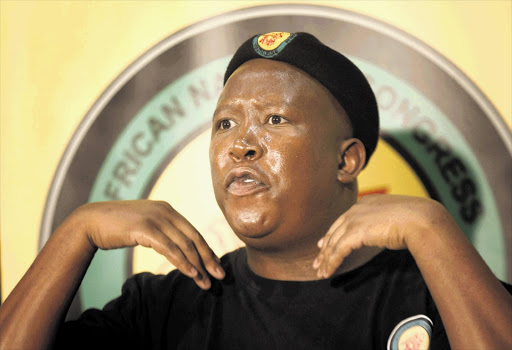 The appeal's committee chairman, Cyril Ramaphosa, issued a short statement yesterday saying the committee had listened to submissions from both the ANC and the league.

"Having heard both sides, the NDCA will be making its decision in due course," he said.

Malema, his deputy Ronald Lamola, treasurer Pule Mabe, and secretary-general Sindiso Magaqa and his deputy Kenetswe Mosenogi, are appealing the disciplinary committee's suspended sentence, They were found guilty of sowing divisions and bringing the party into disrepute.

If Ramaphosa does not set aside the convictions of Malema and of league spokesman Floyd Shivambu, suspended for five and three years respectively, they will both have to leave their position.

Ramaphosa had warned communication units of the ANC and the league not to release information to the media until the appeal was concluded.