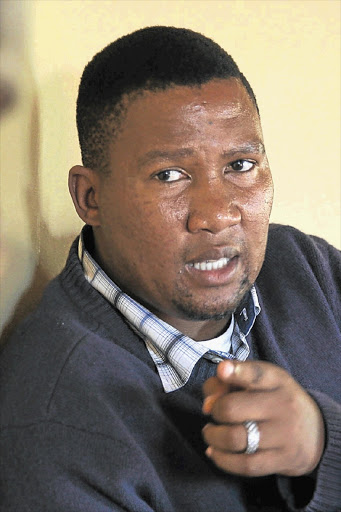 ANC secretary-general Gwede Mantashe will lead a high-profile delegation to meet the Mandela family in a bid to do damage control following the shenanigans of the grandson of former president Nelson Mandela.

Mounting concerns about the private life of the Mvezo chief, Mandla Mandela, and his public court battles, have led to Eastern Cape ANC leaders calling for an urgent mediating session to prevent the Mandela name from suffering further "embarrassments".

The ANC's provincial working committee is said to have made a distress call to Luthuli House, begging for intervention following highly publicised allegations of polygamy and land-grabbing against Mandla.

Yesterday, ANC provincial spokesman Mlibo Qoboshiyane confirmed that Mantashe had called Mandla to set up the meeting, which is provisionally scheduled to take place next week.

"We are treating all matters very seriously. It is our concern that this meeting must happen as soon as possible," said Qoboshiyane.

Central to the provincial ANC's concern is the constant negativity surrounding the actions of Mandla, who is also a member of parliament, and the effects it might have on his ailing grandfather.

Qoboshiyane and Mantashe would meet elders from the Mandela clan, with at least two village chiefs also expected to attend.

One chief said yesterday: "This thing with Mandla is out of hand. Nobody can dictate to him, but he is tarnishing the Mandela name with all these wives he marries and wants to marry. He feels he is a law unto [ himself] and does not even want to listen to anyone."

Mandla has been making headlines since his separation and pending divorce from his first wife, Tando Mabunu-Mandela.

Mabunu-Mandela filed for a divorce in 2009, saying that Mandla sought to introduce polygamy into their marriage. Mandla subsequently defied several court orders and married French-speaking Anais Grimaud in May 2010.

This marriage was annulled but the two have since had a child.

Then, in June, the Mthatha High Court imposed restrictions on Mandla's access to his bank accounts, containing more than R5-million. This was to stop him disposing of any of his assets until the divorce from Mabunu-Mandela is finalised.

Earlier this month, Mabunu- Mandela brought criminal charges against Mandla for defying a Mthatha High Court order when he married Mbalenhle Makhathini, from KwaZulu-Natal, in December.

Mandla's defiance could result in his being held in contempt of court. Just this week, Mandla was in court again, fighting land-grabbing allegations.

Three Mvezo families were granted a high court order in October prohibiting Mandla from building a hotel and stadium on their land.

According to court papers, it was not the first time Mandla was alleged to have taken land that did not belong to him. He allegedly previously destroyed two Mvezo homesteads to build on.

Mandla is opposing the order, claiming that the applicants had no authority to institute legal action on their families' behalf.

He said the heads of the Diniso, Tyalakhulu and Fothi families had, in their written resolutions, given consent for the planned development to proceed.

Mandla said the applicants had erred in bringing the application against him, claiming that the development was being handled by the Mvezo Development Trust and the Department of Tourism.