BATTLE OF THE CONSTITUTION: Changes on ANC wish list 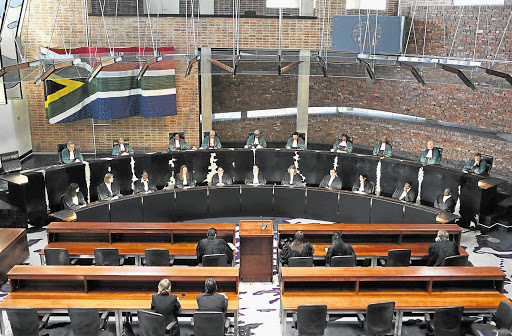 THE ANC has strongly hinted that it wants to change South Africa's constitution to enable faster social and economic transformation.

A Strategy and Tactics discussion document prepared for the party's national policy conference in June say s "elements" of the constitution have to be reviewed as they may be slowing down South Africa 's "second transition".

"Constitutions are living documents and reflect the stage of development of a given society. There may therefore well be elements of our constitution that require review because they may be an impediment to social and economic transformation, such as for example the narrow mandate of the Reserve Bank or the relationship between and powers of different spheres of government," the discussion document says.

Cosatu and other left-leaning groups within the ANC have in the past argued that the Reserve Bank's mandate should be expanded beyond the protection of the value of the currency and fighting inflation. They want the bank to also have responsibility towards job creation, economic growth and helping South Africa meet its economic distribution targets.

There have also been calls for a review of the powers bestowed by the constitution on provinces. These include the administration of health and public education, as opposed to setting policy.

Some in the party believe that the state of public education can be improved if public schooling became a constitutional responsibility of the national government.

In the discussion document, the ANC says while most of the constitution "encapsulates the key principles" of the party's beliefs, other aspects of it were "based on the sunset clauses" negotiated before the advent of democracy and may not be suitable for today's conditions.

"Our first transition was characterised by a framework and a national consensus that may have been appropriate for a political transition, but has proven inadequate and even inappropriate for a social and economic transformation phase," reads the discussion document.

This was followed by comments from a number of other ANC leaders who questioned the powers of the Constitutional Court, with some stopping short of accusing the judiciary of being anti-ANC and the government.

Last month, President Jacob Zuma further muddied the waters when he called for the powers of the Constitutional Court to be reviewed.

His office later argued that Zuma's comments had been taken out of context as he was merely repeating the cabinet's statement that it was a review of how the court's decisions had impacted on social transformation over the past 15 years.

Justice Minister Jeff Radebe will this week release a document detailing the terms of reference for this judicial review amid fears among opposition parties and the legal fraternity that the government intended to reduce the Constitutional Court's powers because it was not happy with some of the decisions that went against the cabinet.

At the release of a discussion document on the review on Monday, Radebe denied that the government had such intentions.

"The constitution is an embodiment of the values that the ANC stood and fought for. The ANC-led government will defend these values at all cost, including the independence of the judiciary and the rule of law, which are the bedrock of our constitutional democracy," Radebe said.