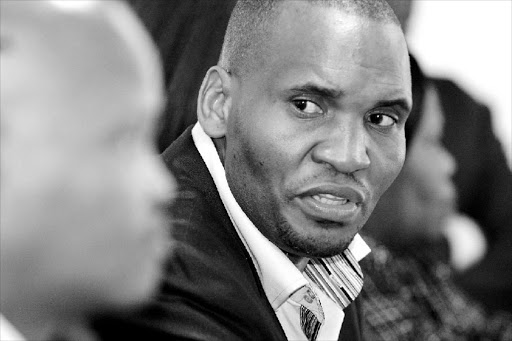 "Yes, he passed on this morning in hospital following a long illness," spokesman Keith Khoza said.

President Jacob Zuma sacked Shiceka as minister in October last year after he was implicated in wrongdoing by Public Protector Thuli Madonsela.

Madonsela found Shiceka had racked up more than R1 million in travel costs for himself, his staff and friends, in violation of the executive ethics code. This included a trip to Switzerland to see a girlfriend jailed on drug-related charges. Shiceka denied any wrongdoing and had vowed to go to court to contest Madonsela's findings.

He had been on sick leave since February 2011.

Shiceka, 45, was appointed co-operative governance and traditional affairs minister in Zuma's Cabinet on May 11, 2009.

Prior to that, he was provincial and local government minister in former president, now Deputy President Kgalema Motlanthe's Cabinet from September 25, 2008 to May 10, 2009.

Before that he served as a member of Parliament in both the National Assembly and the National Council of Provinces.

He was also a member of the ANC's national executive committee, having been elected in 2007.

Shiceka holds a diploma in economics from Wharton Business School in Pennsylvania, United States, and a diploma in labour relations from the University of the Witwatersrand.

Before being appointed to Cabinet, he was a member of various parliamentary committees, including those on the public service, land and environmental affairs, security and constitutional affairs, defence, and ethics and members interest.

Before the advent of democracy in 1994, Shiceka was involved in various anti-apartheid structures. Among other things, he was branch chairman of the Congress of South African Students in Soweto in 1980, and a member of the Gauteng leadership structure of the Azanian Students Organisation in 1987.

He was also involved in the labour union movement, becoming an organiser for the Paper, Printing, Wood, and Allied Workers Union in 1989, and its provincial secretary in 1990.

He became deputy chairman of the ANC's Kyalami region in 1993, and a member of the ANC's Gauteng provincial executive committee in 1996.

He served as Gauteng development planning and local government MEC from 1994 to 1999.