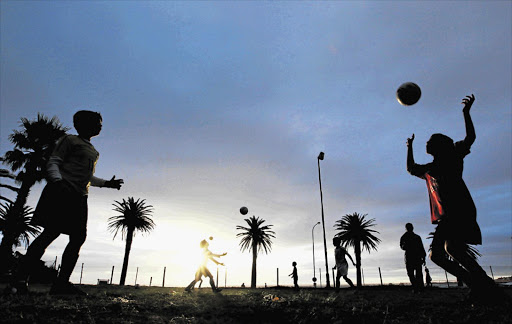 Games are a good medium for children to learn the art of socialising and making friends
Image: ESA ALEXANDER

The justice department should take over management of the Child Protection Register, the Democratic Alliance said on Thursday.

There was widespread confusion about exactly how many people found unsuitable to work with children were on the register, DA MP Mike Waters told reporters at Parliament.

He queried why there could be so few names on the list when crime statistics showed close to 800 children were murdered in 2011/12 and at least 70 cases of sexual offences against minors were reported every day.

The CPR consists of a two parts, A and B. Part A contains the names of vulnerable children submitted by provincial social development departments.

Part B is meant to list offenders deemed unsuitable to work with children.

Waters made several proposals to improve the system. One was that the names of people found guilty of the rape, murder, or attempted murder of children should be automatically placed on the CPR.

Waters said this was not happening as the law did not make it clear who was responsible for doing so.

"It should be a function of the Registrar of the High Court or the clerk of the magistrate's court to automatically compile and forward the notification to the DG [director general] of justice for inclusion in the CPR."

He said prosecutors should be asking magistrates and judges to make findings of unsuitability to work with children against convicted criminals.

Waters also proposed that the National Register for Sex Offenders (NSRO) and CPR be consolidated into one to avoid duplication and confusion.

The NSRO contains the names of persons found guilty of sexual offences against children and the mentally disabled.

"The registers are poorly managed and the existence of two registers creates confusion that renders both ineffective," he said.