Concerns over SA's democracy to be discussed at summit next year 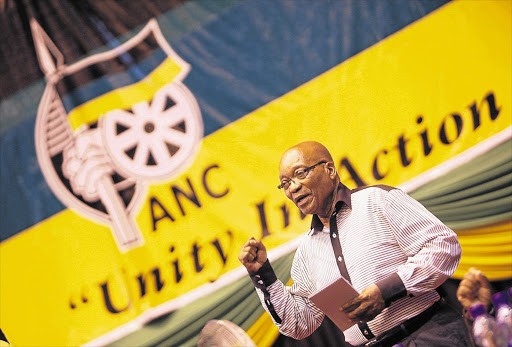 Church leaders should raise their concerns over South Africa's democracy at a summit next year, President Jacob Zuma's office said on Tuesday.

"Building a better society is the responsibility of every South African," the presidency said in a statement.

"The meeting agreed that it is necessary to hold a summit in the new year, to discuss challenges facing the country, so that the faith-based sector can make its contribution to making South Africa a better place for all," the statement read.

Church leaders were thanked for raising their issues, and the presidency hoped they would participate. The presidency also noted an advert placed over the weekend by business leaders, expressing concern about the state of the country and the economy.

"The presidency welcomes inputs into the discussions on how to build the economy, and in particular ensure labour-absorbing growth that will take us further in dealing with poverty, inequality and unemployment," the presidency said.

In October a meeting was convened with President Jacob Zuma and the National Economic Development and Labour Council (Nedlac), which included government, business, labour and community representatives. Business Unity SA (Busa) and the Black Business Council were among those to attend.

A working committee was established to implement decisions regarding the domestic economic situation as well as pressures from the global slowdown.

Zuma would soon convene the dialogue, and trusted the views raised in the advert would also be shared at the dialogue's next meeting, the presidency said.

"The president and government remain open to discussions with business at any given time, because building South Africa is a collective responsibility and all sectors have an important role to play," the presidency said.

In an open letter to Zuma, religious leaders warned that the public was concerned South Africa had lost its moral compass. The clerics expressed the view that "our democracy can be significantly improved".

The letter was signed by Archbishop Thabo Makgoba of Church Leaders Consultation, Bishop Joe Seoka of the SA Council of Churches, Rev Moss Ntla of the Evangelical Alliance of SA, and Rev Edwin Arrison of Kairos Southern Africa.

"They [South Africans] yearn for a change from an increasingly corrupt political, business and societal culture to one that is accountable to the people," they wrote.

Ahead of the African National Congress's elective conference in Mangaung, the clerics said the public was not interested in "a superficial change of one self-serving political leader for another, or one political party for another".

They said there were prayers for Zille because she sought to help South Africa onto a "more healthy footing".