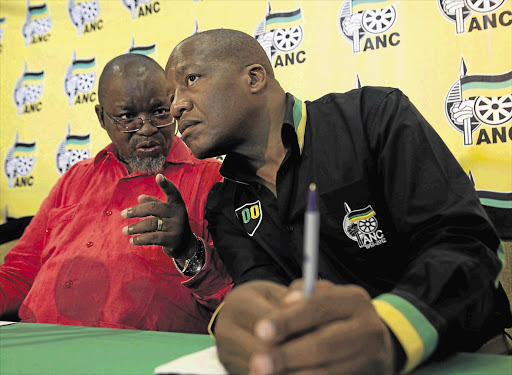 Jackson Mthembu will continue serving as national spokesman of the African National Congress, the party said on Tuesday.

Mthembu was re-appointed by the new national executive committee (NEC) during its first meeting on January 11.

ANC secretary-general Gwede Mantashe told reporters that the meeting held in Durban was adjourned and would continue on Thursday and Friday.

The new leadership of the NEC, which was elected in the Mangaung conference in December, appointed sub-committees and those who would chair them.

Lindiwe Zulu would chair the communications and media sub-committee while education and health would be led by Naledi Pandor.

Economic transformation would be chaired by Enoch Godongwana and international relations by Obed Bapela.

The national disciplinary committee would be chaired by Derek Hanekom with political education chaired by Police Minister Nathi Mthethwa.

Mantashe said the NEC adopted the January 8 statement made by President Jacob Zuma and appointed NEC deployees for each province.

Gauteng was allotted to Mineral Resources Minister Susan Shabangu. Joe Paahla would be in KwaZulu-Natal, Ruth Bhengu in Limpopo, Dikeledi Magadzi in Mpumalanga while Lynne Brown would represent the NEC in Northern Cape.

The North West would have Social Development Minister Bathabile Dlamini and the Western Cape has Health Minister Aaron Motsoaledi as the NEC deployee.

Hanekom would also be the NEC's representative in Eastern Cape, while Public Enterprise Minister Malusi Gigaba would be based in the Free State.

"These deployees will attend PEC meetings, do political work in the respective provinces, attend to problems that require NEC intervention and service our structure on an ongoing basis," said Mantashe.

Mantashe said in the coming meeting the NEC would appoint the national working committee.

The North West and Limpopo were the provinces which needed immediate attention.

"The NEC endorsed the March deadline for the convening of the provincial conference since the Constitutional Court declared the June 2012 conference null and void," he said.

Mantashe said the entire process would re-started from auditing of branches and their general meetings.

On March 21, national officials would meet the leadership of the ANC Youth League to deal with the relationship between the party and league, and "general functioning of the ANCYL".

The ANC would hold its national lekgotla on January 30 to February 2 to "streamline" the implementation of the resolutions of the Mangaung conference.

"The outcome of the lekgotla would give guidance to the cabinet lekgotla and the state of the nation address."