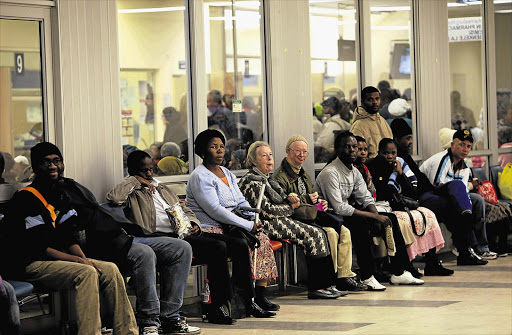 There is no crisis at Charlotte Maxeke Johannesburg Academic Hospital, the Gauteng health department said on Tuesday.

“The current situation at Charlotte Maxeke Johannesburg Academic Hospital with regards to anaesthetists is not as suggested [by the Democratic Alliance],” spokesman Simon Zwane said in a statement.

He was responding to a statement by the DA which said 12 anaesthetists at the hospital had resigned because of bad management and pay cuts due to overtime changes.

“Many operations will be delayed, with patients waiting many more months for operations,” DA MPL Jack Bloom said.   “It’s a great pity that hospital management has mishandled the overtime issue that has led to the resignations of nearly half the anaesthetics department.”  He said other doctors were also expected to leave and this would cripple the hospital.

“The hospital has 21 filled posts, three have already left, six will leave at the end of May; there are 39 registrars with about half of these already senior registrars [who work as consultants] and there are six medical officers.”  He said 19 theatres operated on a daily basis.

“It is on this basis that the department has consistently denied a crisis. The hospital will also be recruiting to fill the vacant posts.”  Zwane said if it was possible to shorten the waiting times for operations the department would do it, but this was not realistic.

“It must be understood that while any health system wants to get patients through the system as soon as possible, it is not always possible.”  He said insufficient operating time, limited available specialist surgeons, nursing staff, and theatre auxiliaries resulted in backlogs for surgery.

Operations were given priority, with those of high-risk patients topping the list.

Given the high incidences of trauma and high-risk pregnancies, operating theatres were usually kept busy with those cases, Zwane said.