'You cannot continue to fail our children' DA tells Motshekga 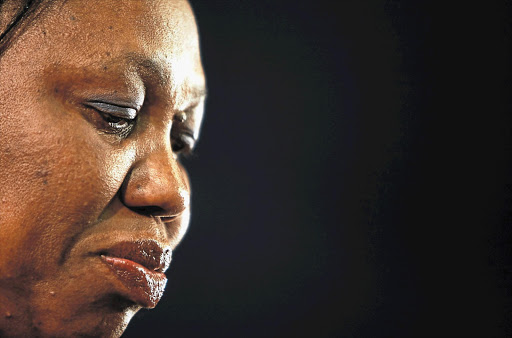 Despite an education budget of billions, the system does not work, the DA told Basic Education Minister Angie Motshekga.

Speaking in the National Assembly during debate on Motshekga's budget vote, Democratic Alliance MP Annette Lovemore said the situation in public education could best be described as tragic.

"Despite a budget of R17.6 billion, and a slew of policies, your education system does not work. If you believe it does, I'm afraid you are in denial.

"Admit failure. Until you do, we will never make the massive changes that are required for this country to succeed."

Lovemore challenged Motshekga to "be bold" and aim higher.

"You cannot continue to fail our children."

She told the House the situation in basic education included that only half of Grade Three pupils were literate, and that last year's Progress in International Reading and Literacy Study had ranked South Africa fourth from the bottom.

Two other international assessments of science and mathematics, done last year, had placed the country's performance at the bottom of their lists.

Further, up to 60 percent of Grade Six teachers had been found incapable of passing the tests they set for their pupils, and more than 10,000 teachers employed in the country's schools were unqualified.

Lovemore called on Motshekga to publicly commit to "realistic, but challenging" targets, and to remove every obstacle in the way of achieving excellence in basic education, including the SA Democratic Teachers' Union (Sadtu).

Motshekga earlier told MPs her department had made peace with Sadtu.

"I need to tell the opposition that we have made progress, and we've made peace with Sadtu - they are back in class," she said, to cheers from the African National Congress benches.

On Monday, Sadtu suspended all protest action after Motshekga agreed to meet a host of its demands.

In a joint announcement, she undertook, among other things, to support an urgent initiative to achieve parity in the public service, and to appoint a task team to deal with the union's complaint about a failure to increase the salaries of matric exam markers.

On Tuesday, Motshekga said it was very important that an "amicable way" had been found to solve the department's two-month long impasse with Sadtu.

On matric results, she said there had been "sustained improvement" last year, and she suggested the pass rate would rise to more than 75 percent this year.

"This is a result of systemic interventions for strengthening and raising performance in all levels of the system. The matric pass rate [was] 73.9 percent in 2012, and I'm quite confident that our target of 75 percent is well within reach."

Referring to the recently-released National Education Evaluation and Development Unit (Needu) report, she conceded she was "worried about low levels of reading and writing in the foundation phase".

But, he insisted progress was being made, despite enormous problems.

"Consistently, in the past three years, we have made progress," he said.

In the past five years, the number of pupils passing matric had more than doubled.

Responding at the end of the debate, Motshekga said she was "very sad and disappointed" by opposition remarks on the state of basic education.

"Overall, South Africans have a government which knows the schooling system well; that learns from national and international experience... and is brave and honest enough to recognise significant challenges that we face."

She insisted that national and international data pointed to the fact that basic education was "on the upward improvement path".

The data indicated there had been large improvements in mathematics and science, Motshekga said.