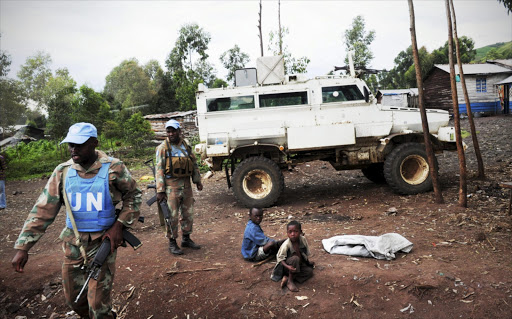 The African Union needs a stronger military capacity to respond to instability on the continent, notably in central Africa, President Jacob Zuma said on Tuesday.

He was speaking to journalists at Tuynhuys after talks with his Nigerian counterpart Goodluck Jonathan.

Zuma said he shared with Jonathan "the same vision" of a conflict resolution mechanism led by Africans.

"The need for an intervention brigade has become more crucial in light of the situations of instability in the Central African Republic, eastern DRC, and Mali, where decisive intervention is needed," he said.

The issue deserved attention as the continent prepared to celebrate half a century of formal pan-African integration, Zuma said, referring to the birth of the Organisation of African Unity in May 1963.

"As we mark the golden jubilee, on the 25th of May, it is crucial to build a stronger and well-resourced African Union to take forward the promotion of peace, security, and the safe economic advancement of our continent.

"Part of the capacity by the AU is the establishment of the African standby force, for rapid deployment in crisis areas without delay."

Jonathan is paying his first state visit to South Africa and will attend the 23rd World Economic Forum on Africa in Cape Town this week.

The governments of South Africa and Nigeria signed nine agreements and memoranda of understanding on Tuesday, pledging co-operation in, among others, defence, gas exploration, and power sector development.