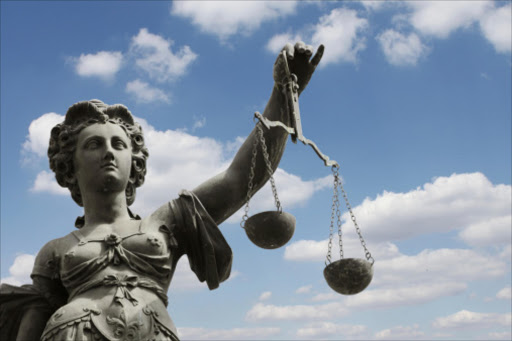 Three men accused of gunning down an ANC leader from Durban's southern hostels were denied bail by the Durban Magistrate's Court.

Magistrate Vanitha Armu said she believed the State had a "prima facie case" against the three men accused of killing Sithembiso Ngidi.

"This was a premeditated murder and bail is accordingly refused," she said.

She believed releasing the three would undermine the country's bail process.

He was killed on June 23 at a bus stop in Swinton Road after taking part in a door-to-door election campaign in Lamontville, south of Durban.

"It seems to me witness X is the one who should be investigated," he said.

The witness, Sinako Mkhize, was in all probability trying to shift the blame for his involvement in the shooting, he said.

De Klerk argued that his clients, Inkatha Freedom Party members, were unlikely to go to the African National Congress-controlled SJ Smith hostel, buy a gun from Mkhize and then call him to witness their shooting of that hostel's branch leader.

"It is unlikely that my guys would go to an area where they are not liked and buy a gun," De Klerk told a packed court.

The court heard the three men hailed from the IFP-controlled Jacobs hostel.

De Klerk conceded the onus was on the accused to prove exceptional circumstances existed for them to be granted bail. He argued that the State had not put any evidence before the court proving it had a strong case, as it had claimed.

Its case appeared to be based on the evidence of a "magical witness" and Ngidi's girlfriend. She said in her statement that "she could see in his eyes that he knew his assailants".

De Klerk said such testimony would not withstand the scrutiny of a trial court. It was notable that the "magical witness" was currently in jail and had claimed that police had assaulted him.

De Klerk said if the State had a strong case, it would not have approached Excellent Gasa to become a State witness.

He pointed out a number of discrepancies in the statement that the investigating officer had submitted to the court. One of these was that the number of people involved in the shooting varied between five and three.

The State's argument that the accused would intimidate witnesses was not possible. They could not enter the SJ Smith hostel as they were IFP members.

Prosecutor Blackie Swart argued that the State had a strong case and that the evidence had to be tested by a trial court and not at a bail application.

The State had a number of witnesses to events leading up to the shooting, as well as to events afterwards. He said Ngidi had previously lived at Jacobs hostel, but had been forced to flee because of his political beliefs.

Swart said police were still hunting a further two suspects in connection with the shooting.

The court also heard that Excellent Gasa had admitted to the shooting and implicated his two co-accused.

The court was packed with ANC and IFP supporters amid a heavy police presence. The iron gates to the public gallery of Court 10 were kept shut during proceedings.

Several police officers outside the court room kept an eye on both parties' supporters who had been unable to secure space in Court 10's public gallery.

Armu postponed the case to September 12.