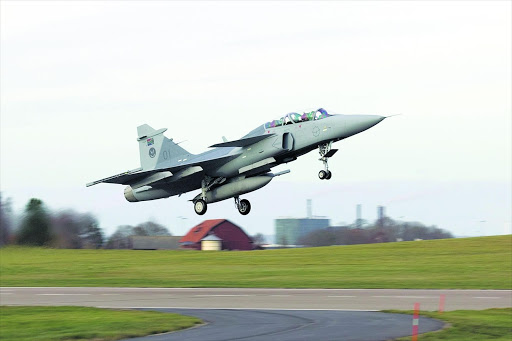 Several government entities will make presentations in the initial phase of the Seriti Commission of Inquiry into the arms deal, evidence leader Matshego Ramagaga said.

"The evidence to be presented during this first phase will be limited to the terms of reference [of the commission] which deals with the rationale, utilisation, and the offsets, including jobs [from the arms deal]," she said in Pretoria.

Ramagaga said the defence and military veterans department, arms procurement parastatal Armscor, and the National Treasury would make presentations on the rationale behind the armaments acquisition.

The SA Navy, SA Air Force, and Armscor would address the commission on the utilisation or non-utilisation of the equipment.

The trade and industry department would give evidence on the "realisation of job opportunities and the offsets anticipated to flow" from the arms deal.

Aboobaker said the commission had a colossal task in scrutinising the strategic defence procurement package (SDPP).

"It [the inquiry] is a process where those responsible for the SDPP, those who participated in its finalisation, are called to account for their actions. It is not a process by which they are brought to book, that would be part of a separate process in which the NPA (National Prosecuting Authority) may be called upon to take such action," he said.

"That process could well result in the prosecution of those individuals who the NPA in its wisdom finds that a proper case has been laid out for prosecution. Our mandate is to present all relevant information at our disposal."

Commission chairman Judge Willie Seriti said the initial witnesses would be called when the public hearings resumed in the Tshwane Council Chambers on Tuesday.

President Jacob Zuma appointed the Seriti Commission of Inquiry in 2011 to investigate alleged corruption in the 1999 multi-billion rand arms deal.

One of the three commissioners, Judge Francis Legodi, resigned on the eve of the start of the public hearings last month.

On August 6, the presidency said the inquiry would continue as a two-man commission while Zuma considered whether to appoint a third member.